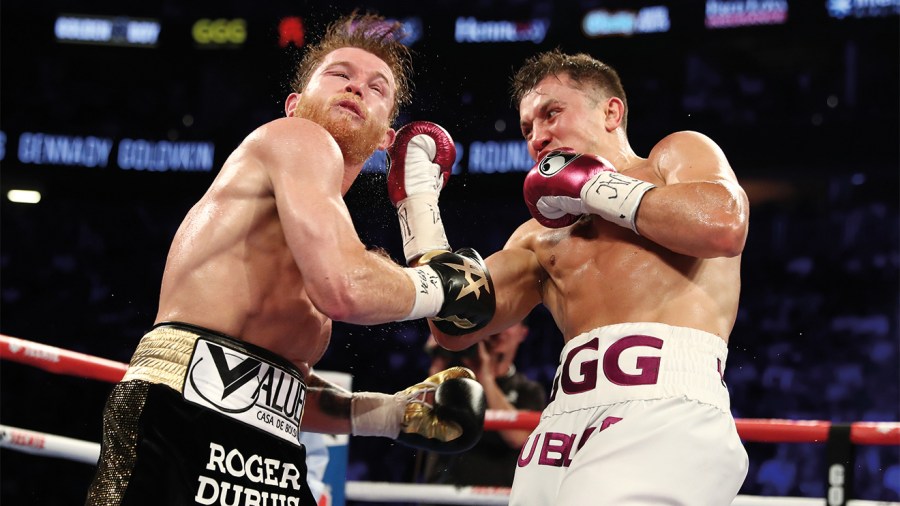 Fights like Canelo vs Golovkin must prioritised when boxing does come back, writes Matt Christie

IT came as no surprise to learn that Canelo Alvarez and Gennady Golovkin are planning to collide for a third time in September, presuming of course the boxing calendar is up and running again by then.

Alvarez had been scheduled to take on Billy Joe Saunders in May so spare a thought for the Englishman who has waited a long time for his chance at a marquee name. However, there is a marked difference between waiting for a lucrative fight and really deserving one: Though Saunders’ record contains the odd outstanding victory – like decisioning both Chris Eubank Jnr (2014) and David Lemieux (2017) – Billy Joe, for a variety of reasons, hasn’t exactly created a cast-iron case for a shot at the sport’s biggest star.

Callum Smith, who was also in the running to take on Alvarez, will likely feel a little aggrieved that his 2018 victory over George Groves hasn’t resulted in greater opportunities since. But, truth is, Smith and Saunders remain in a chasing pack for a lucrative date with Canelo rather than really standing out from the crowd. Merely waiting one’s turn in boxing is a risky business.

From the Mexican’s point of view, Saunders (or Smith) was only ever an opponent to keep him busy. Someone who could provide another belt while warming him up for a mega-bucks showdown with his old rival.

That Canelo opted to pass on the starters and dive straight into the main course was predictable and understandable to an extent.

There can be no argument, however, that Golovkin truly deserves the third fight. Their first contest, back in September 2017, ended in a highly controversial draw thanks to some mind-boggling judging before the rematch was postponed so the redhead could serve a six-month ban for failing a drug test. When the sequel came, Alvarez – markedly improved – edged “GGG” in a thrilling 12-round shootout that could have gone either way.

So, whatever one’s thoughts on the 37-year-old’s chances against his 29-year-old nemesis, Golovkin is the worthiest of all potential Canelo opponents. And though the odds will be against GGG, rivalries this deep often stay competitive until the end – think Muhammad Ali versus Joe Frazier and Ken Norton, think Juan Manuel Marquez and his relentless pursuit of Manny Pacquiao.

Reigniting this war also makes sense from a business point of view. When the cogs in the boxing industry start turning again – and they will – moves to stage the biggest and most appealing contests should begin in earnest.

Fans can deal with time-filling bouts when there are 12 months to play with but, in 2020, it’s imperative that the sport fills the tiny window of opportunity it has with as much quality as possible.

The world’s biggest promoters and stockbrokers have time to work through their differences, to pick up the phone and ensure the right fights are made. Broadcasters will have a difficult time, too. After all, can they really ask punters to stump up for inferior pay-per-views after such a barren schedule?

Building for the future, now more than ever, is imperative. That means making the bouts that fans want to see for the good of the sport and not merely as a short-term measure to balance the books.

Canelo-Golovkin III is one such fight. And Smith and Saunders laying it all on the line, and fighting for the right to meet the winner, is another.