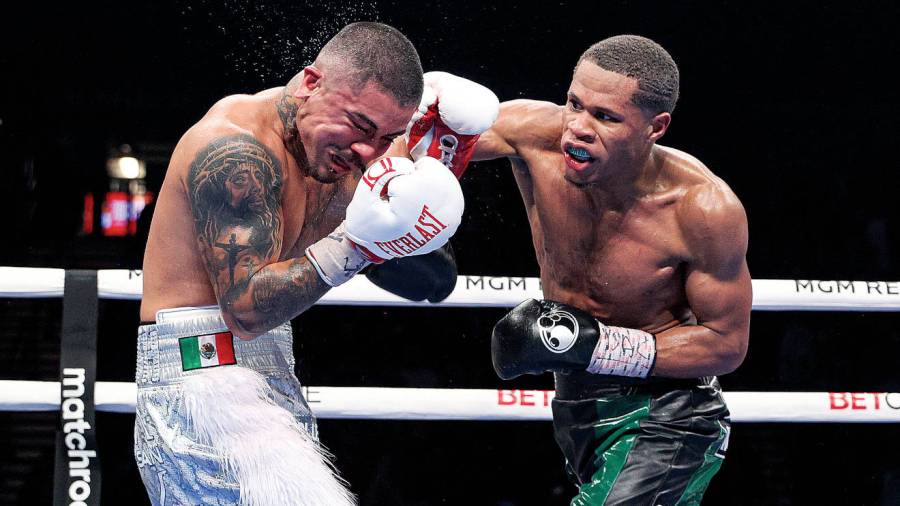 How do you see the George Kamboso vs Devin Haney lightweight showdown going?

Darren Barker
Former IBF belt-holder
I fancy Haney on a unanimous points decision. I think some of the rounds will be close but I think Haney will do enough in the majority of them to win on points.

Lisa Whiteside
Commonwealth Games gold medallist
I think Haney via points decision. Both are champions and Kambosos is fighting at home in Australia so will have huge support. Haney won’t have his father in his corner which will be a concern but Haney was an outstanding amateur and I feel he had the better skillset to get the win.

Declan Taylor
Sports reporter
I underestimated Kambosos once and maybe I’m doing it again but Devin Haney decision in a 8-4, 7-5 kind of fight is my pick. I think he’s a special fighter and I feel like Kambosos has a good style for him.

Tony Jeffries
Olympic medallist
This is a genuine 50/50 fight and impossible to call. Kambosos will relish the home advantage and his victory over Lopez was outstanding. I would have said Haney’s skillset will edge the fight for a close points victory but I was so impressed with Kambosos against Lopez, I’m on the fence.