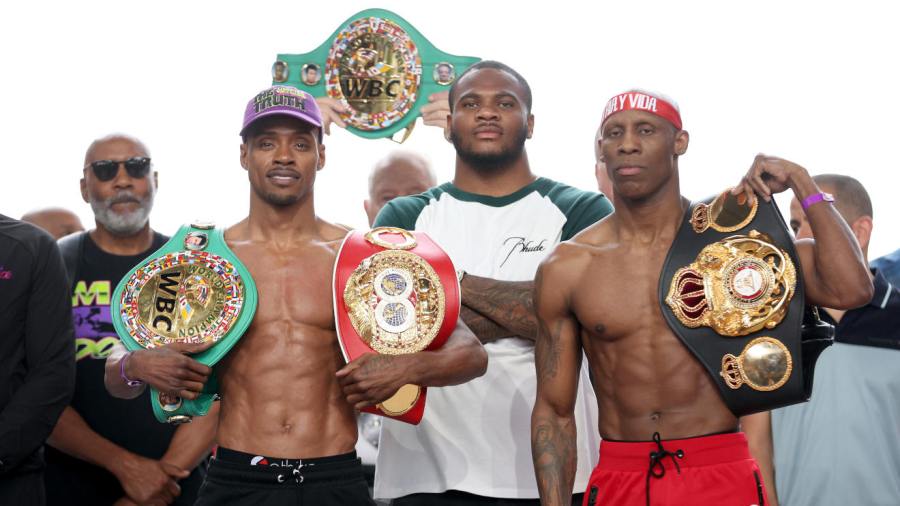 How do you see Errol Spence vs Yordenis Ugas going?

Darren Barker
Analyst, former belt-holder
I think Spence will win. I think it will be a bit cagey early on but as the rounds go on he will go through the gears. I do fancy Ugas will hear the final bell but I think Spence’s class and skill will shine through. I think quite comfortably as well.

Tony Jeffries
Olympic medallist
I think Spence will win on points. He will be too skilled for Ugas but the Cuban has never been stopped and I do not think Errol will be able to do so.

Mickey Helliet
Manager & promoter
Spence’s southpaw jab and heavy body punching will win him the fight. Ugas is a very awkward fighter who has fared well against more aggressive (sometimes left-handed) opponents who he could counter. But the jab and left to the body should set an early tone for Spence to win by decision.

Andy Clarke
Boxing commentator
Spence. By a clear points margin or late stoppage. He’s had his problems over the last few years and Ugas is a very capable fighter but for me Spence is one of the very best and will show it this weekend.