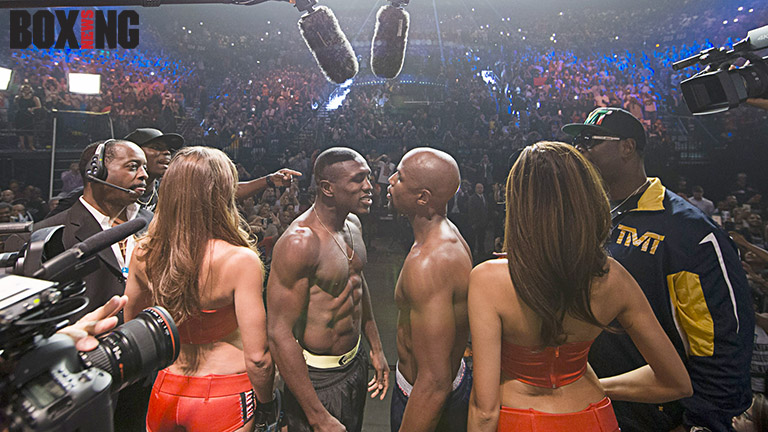 The timings of the Floyd Mayweather-Andre Berto show, including George Groves and Ashley Theophane

FLOYD MAYWEATHER is likely to make his way to the ring to take on Andre Berto at the MGM Grand Garden Arena, Las Vegas, at or just before 8pm (11pm Eastern; 4am UK) here in Las Vegas. The fight is being broadcast in the US by Showtime PPV, and in the UK by BoxNation.

George Groves is scheduled to make his bid for the WBC super-middleweight title against Badou Jack at 6pm (9pm Eastern; 2am UK).

Britain’s Ashley Theophane is due into the ring at 1pm (4pm Eastern; 9pm UK) to take on Steven Upsher Chambers in a super-lightweight 10-rounder.

The televised boxing begins at 5pm (8pm Eastern; 1am UK) when super-featherweights Jhonny Gonzalez and Jonathan Oquendo go to war over 10 rounds.