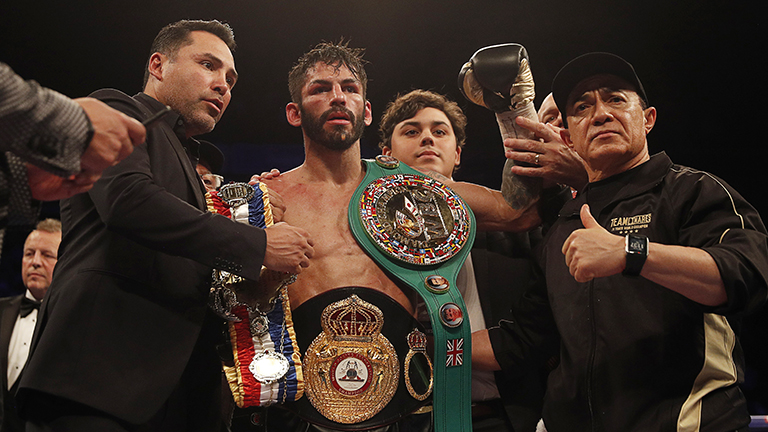 IT was a masterclass from Jorge Linares against Anthony Crolla in Manchester at the weekend with the Venezuelan defending his WBA lightweight title in style.

He dropped Crolla in the seventh and won almost every round with fluid and delectable boxing – proving himself the best in the division.

Now that he’s beaten Crolla twice, his attention will likely turn to the other top lightweights. The WBC – whose belt he held before he had to give it up due to inactivity – will order him to box the current holder of the strap, Mikey Garcia.

It is a tantalising prospect and a real 50-50 clash between the two best fighters in the division. Garcia, a multi-weight champion, destroyed Dejan Zlaticanin for the belt in January and, like Linares, is on the fringes of the top 10 pound-for-pound list.

The fight would most likely happen in America, where Linares has fought just six times but Garcia is a regular – though both are well-known commodities. Garcia analysed the Crolla fight on Showtime – the US broadcaster for it – and both men want to meet in the ring.

Linares’ promoter, Oscar De La Hoya, who was ringside in Manchester at the weekend, also mentioned the possibility of returning to the city to fight WBO champion Terry Flanagan.

The Mancunian must first get past the difficult test of Petr Petrov on April 8, but should he do that he is eager to clash with Linares for the chance to win another belt.

Another exciting option for Linares is a fight with outstanding Ukrainian Vasyl Lomachenko, who currently holds the WBO super-featherweight title. He too has a fight on April 8, against Jason Sosa, and claims he is comfortable at his current weight but could surely be tempted to 135lbs with enough money.

A fight between two elite technicians like Linares and Lomachenko is a boxing purist’s dream.