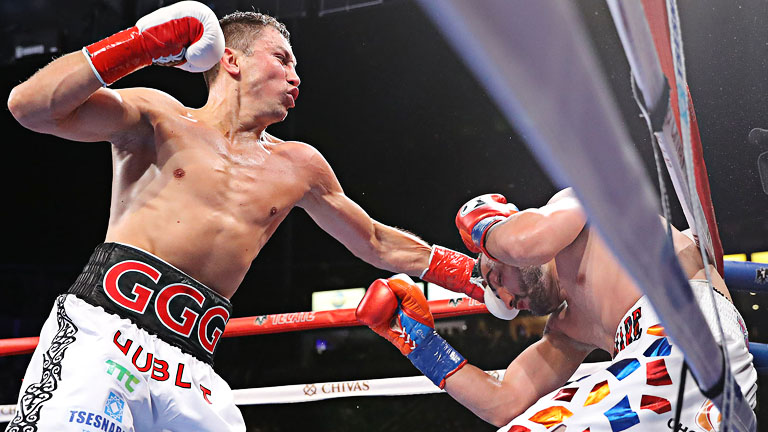 Gennady Golovkin will be back. John Dennen speaks to his trainer Abel Sanchez

GENNADY GOLOVKIN could have been forgiven for despairing. His first fight with Canelo Alvarez ended in a bitterly controversial draw. He, and many observers, were adamant he deserved to win. They rematched last September, another close fight but Alvarez won a close decision.

But it has not soured the 36 year old Kazakh. He will be back.

“Gennady is fine. Gennady is on boxing vacation right now,” his trainer Abel Sanchez told Boxing News. “The whole team was very disappointed in the politics of this game. About 25, 30 years ago a guy named Marvin Hagler decided to retire after being robbed of a fight against Ray Leonard, well he thought he was robbed. So at the moment it disappoints you but then you understand this is part of boxing, this part of business. Tyson Fury just got robbed, in my opinion, of a win against Deontay Wilder. But you have to get over those things, you have to get over and continue the quest for what your goals are. I think Gennady has some goals he hasn’t accomplished yet and he will be back.”

It is an interesting time in the sport. Broadcasters like ESPN and DAZN are making waves in the sport with mega deals with high profile fighters. Golovkin even without a world title remains an explosive talent in the exciting middleweight division. He is well placed to attract big offers.

Sanchez said, “We’ve communicated with him and his promoter the last couple of weeks. We will find out what his decision is probably in the next couple of weeks regarding not only the return but who he decides to go with.”

A third fight with Canelo would be richly appealing. “We have to go by what the judges say, we were voted against and we lost the fight. We don’t feel we lost the fight, we feel we won the fight, as a lot of fans do. There may be a third one where they decide if the first two were not correct. Both guys fought a great fight. They entertained us, hopefully they do it again,” Sanchez said.

But Golovkin’s next fight will depend on what broadcaster he chooses to align with. Canelo for example has signed a long term deal with DAZN.