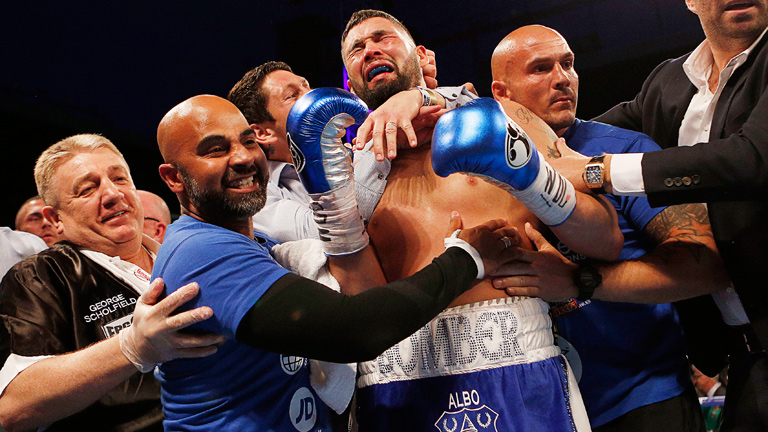 David Coldwell, the mastermind behind Tony Bellew's win over David Haye, reflects on a rollercoaster fortnight

WITH the opening months of 2017 providing arguably the sternest examination of Dave Coldwell’s stellar training career, recent weeks have seen a somewhat normality return to the Sheffield mentor’s life with the aftermath of Gavin McDonnell’s and Tony Bellew’s mixed results. Coldwell was able to keep focus following the former’s agonising defeat against Rey Vargas to guide Bellew to an unlikely win the following week over huge favourite, David Haye, and after spending much needed time surrounded by family comforts, the elite trainer is ready to commit himself to the gym once again after reflecting on such a hectic period.

“It’s been a crazy few weeks,” said Coldwell with a lengthy exhale. “The Gavin loss hurt me and I take this sport so serious and so personal that when one of my guy loses its really hard to take. The next day, I watched the fight back and was really impressed with how he performed considering the massive leap he was taking but it’s now vital that he takes what he learnt from this fight and applies it the next time we get an opportunity of this size.

“We rolled the dice with Gavin but at the back of my mind there was always that reminder that he’s still learning in this sport and he had been fast tracked to world level. He performed great towards the backend of the fight but Rey Vargas is a class act and he’s capable of dominating in this sport for a long time. The performance gave me hope that Gavin can come again and when that time comes then this experience against Vargas will do him the world of good.”

The following week, Coldwell returned to the corner to mastermind a modern upset as Bellew ran out an 11th round winner over the London enemy. The exposure granted to Bellew following the win has opened several doors up at heavyweight and the passage that the Liverpool man walks through may take time due to injuries suffered in the fight. The victory, one Coldwell always knew would occur, relieved some of the woe from the McDonnell setback.

“It was brilliant to get back to winning ways but it felt sweeter because of the size of the task and the fact that only a small few believed Bellew could win. The response I’ve had since the fight has been really flattering with people congratulating me on the win and it’s a nice feeling compared to some of the stuff I heard after the McDonnell-Vargas fight. This sport can change in the blink of an eye though and it’s important to remember the good times and enjoy them because you don’t know what’s next.”

Perhaps waiting around that proverbial corner is a big opportunity for Jamie McDonnell and Coldwell is relishing getting back to work with him.

“It’s been a while since Jamie fought so things are happening in the background now so hopefully we can get something announced soon and work towards that. I’ve had a nice little break out in Spain with the family, and I was over in New York for the Golovkin-Jacobs fight and it was nice just to sit down and enjoy a fight without being emotionally attached. It could be a while before I do that again.”