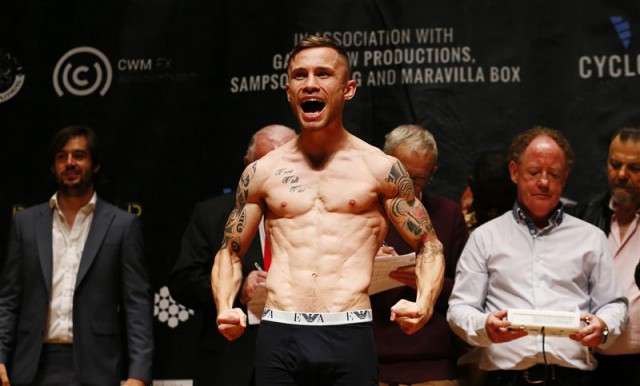 THE Paleo diet has received a lot of interest over the past few years mainly due to its various claims to not only have a seemingly limitless number of health benefits but also to aid athletic performance. Very few of these claims are supported by scientific research, and on the most part lack hard scientific backing, only being supported by anecdotal evidence. Will ‘eating paleo’ take your performance to the next level or could this be stopping you reaching your potential?

In principle, the Paleo diet restricts you to eating ingredients that would have been available in the Palaeolithic Era (a pre-historic era in human evolution when humans began to use primitive stone tools) i.e. those that could be found on the ground through foraging, or killed via hunting. In theory, the idea of the Paleo diet seems a good way to approach eating. Due to the restrictions on foods allowed it means that you have to cut out processed and refined foods. The Paleo diet also encourages the consumer to eat a high amount of vegetables, fruit, meats, fish and nuts and seeds, all of which should be included in the foundations of an athlete’s intake. However, due to the restrictions of the plans, there are areas in which the Paleo diet has come under criticism for being deficient in certain nutrients.

If following a Paleo diet, dairy is not to be consumed. The reasoning behind this is that dairy is designed through evolution to be consumed by rapidly growing young animals. As grown adults, there is no need to grow. We are also the only species that consumes another species’ milk, and therefore, this has been suggested as ‘unnatural’. Dairy contains a large amount of a sugar called lactose. As children we all possess an enzyme in our small intestine that breaks down this lactose. However, the paleo argument is that, as adults a high percentage of us stop producing this enzyme as we are not naturally supposed to consume dairy after childhood. In reality, over the past 10,000 years, it appears that only a small percentage of Western Europeans are short of this enzyme, and most of us can eat dairy and break it down without issue. Only those who cannot produce lactase suffer from lactose intolerance and therefore require a lactose-free diet. An exhaustive list of studies have observed the effects of dairy on many aspects of health, including heart disease, diabetes, bone health and obesity, with most finding beneficial effects of full-fat dairy on these aspects of health. Due to dairy being one of the best sources of calcium (vital for bone development and health) it has been suggested omitting dairy may lead to a reduced intake of calcium. Dairy is not the only source of calcium in the diet, many fibrous green vegetables include calcium, as do fish that contain bones e.g. sardines and mackerel (as long as you eat the small bones). By including these types of ingredients in your diet it is possible to achieve your required intake of calcium, but is made harder by omitting dairy products.

By focusing intake upon vegetables, fruit, meats, fish and nuts and seeds, and avoiding all grains, legumes and pulses, the Paleo diet is usually fairly low-carbohydrate. Of course, there are sources of carbohydrates that are ‘allowed’ e.g. potatoes, sweet potatoes, butternut squash, quinoa and higher-carb fruits (e.g. bananas), but the diet distinctly lacks any ‘high-carbohydrate’ foods. As athletes you will require carbohydrates to maintain glycogen stores, which allow you to effectively fuel training and aid recovery. Although a ‘high-carbohydrate diet’ would not be recommended for weight-categorised boxers, as mentioned in the Total Fight Training manual (available on the Boxing News app), carbohydrates are still vital for consumption around training. During this time, highcarbohydrate ingredients such as grains, pulses and the high-carbohydrate fruits (bananas, raisins and figs) would be recommended. These ingredients also contain a good source of both soluble and insoluble fibre that (apart from the fibrous vegetables and fruit) may be lacking in the Paleo diet.

So is the Paleo diet suitable for boxers? As the Paleo diet in its strictest form, I would say no, however, with the Paleo diet providing the basics of the diet, with a few ‘additions’, then yes. The Paleo diet does contain many of the fundamental foundations recommended for an athlete’s diet including, high-quality, organic, nonprocessed produce, high omega 3, lots of fruit and vegetables, sources of ‘good’ fats, high antioxidant intake and a high protein intake from a variety of organic, grass-fed or wild animal protein sources. However, as mentioned, calcium, fibre and readily available carbohydrate intake may be lacking. By including a few sources of full-fat dairy per day from grassfed livestock, you will not only be increasing your calcium intake but also gaining from the numerous health benefits associated with dairy. Also adding in un-refined grains, pulses and legumes around training, to provide a fuel source to support training and aid recovery, will make your intake a lot more suitable to cope with the stresses your body is placed under as an athlete. Keep your eyes peeled on the Soulmatefood website for news of our gourmet take on a Paleo diet, due to be released early November.