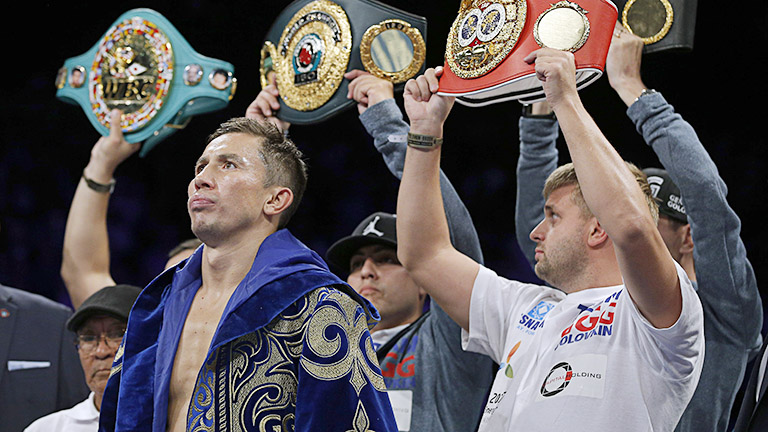 In his own word, Tom Loeffler explains how Gennady Golovkin became one of the most marketable fighters in the world

IT’S always been our plan to make Gennady Golovkin an international brand and continue to grow his brand. He’s fought in numerous places, he’s fought in Panama, he’s fought in Ukraine, he’s fought in Kazakhstan, he’s fought three times in Monaco, he started his career in Germany. That’s why we had the three fights in Monaco, one per year the last three years. Naturally the Martin Murray fight was the last one there, that was a great matchup between two top middleweights. Even though he had the unification fight against David Lemieux in Madison Square Garden, which he sold out, or the last fight at the Forum, which he sold out, the Kell Brook fight in London just had a completely different feel than any of his previous fights in terms of the fan reaction, in terms of the media reaction.

He’s a great ambassador for his people. He’s a great representative of the country and every time he gets in the ring and he carries the flag, he’s fighting for his country. So that’s why he’s become a national hero, and that’s why he’s so marketable over there as far as companies wanting to be associated with him. He’s got so many big sponsors over there. He’s a representative of the World Expo 2017. It’s a huge event, the whole country is gearing up for it, it’s really the biggest event as far as the country’s recent history. It’s the biggest international event over there and they made him an international ambassador for it.

Where in the US if you have a fighter that’s popular in one city or one state, they’ll usually stay in that city and continue to sell out that arena, similar to Floyd Mayweather fighting in Las Vegas. There’s a lot of different examples, Cotto used to fight in New York in Madison Square Garden. But to have a world champion from Kazakhstan being able to sell out Madison Square Garden in New York and then in Los Angeles, on the complete opposite coast, where you have a completely different demographic of boxing fans, selling out the Forum, then coming to London and selling out the O2, it’s very rare to see a boxer, whether from Kazakhstan or from any country, to sell out so many different locations.