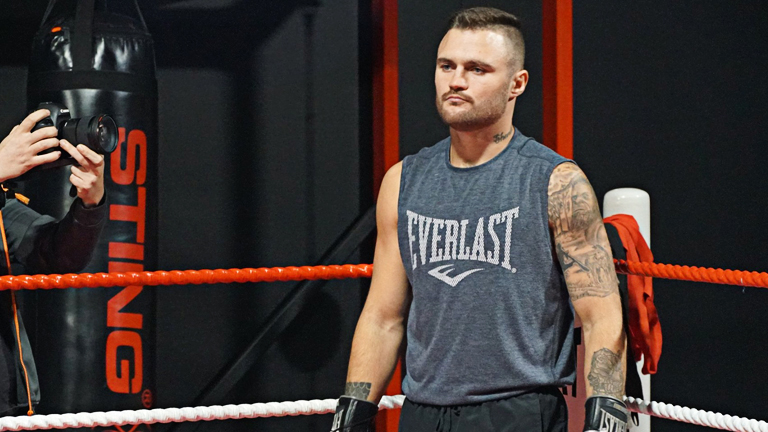 In his latest column, John Scully explores what boxing can learn from the death of Dwight Ritchie and questions the qualifications of the sport's coaches

I UNDERSTAND the concern of people when tragedies like this happen. I understand the emotion and the call for change. But the fact is that there are thousands of rounds of sparring across the world every single day of the week without incident. The number of deaths and serious injuries in relation to the actual number of fights and sparring sessions that take place is miniscule.

But that doesn’t mean we don’t stop trying to progress and improve. We must look closely at the gyms and what goes on in them. In certain parts of the world – and this is not in relation to Dwight and his team – the qualifications to become a licensed trainer on both the amateur and the professional levels are a joke. A literal joke.

I know for a fact that there are coaches and trainers in gyms across the world who simply do not have the experience or the knowledge to be holding a boxer’s life in their hands. You cannot argue with them, though, because they have a paid for piece of paper that some commission told them they are qualified to possess. That enables them to oversee sparring and fighters from a seat at ringside in the corner of the fighter.

It has been a bad year for deaths in boxing. I don’t think there is any specific reason why a certain amount of boxers have died this year any more than there were specific reasons why a certain amount of boxers have died in any other year. It’s never an exact science in the same way why some boxers end their careers as damaged goods, while others end it with apparently no negative issues from their time in the game. What we must remember, and many people forget this all too often, is that every time someone steps foot in a boxing ring their life is at risk.

The calls for a boxing ban always increase around tragedies. I can remember it happening several times since I’ve been involved in boxing, when Deuk Koo-Kim, Johnny Owen, Charlie Newell, Cleveland Denny and Willie Classen passed away from fight-related injuries.

But I have to go back to my original point: Percentage wise, boxing deaths are a relatively rare occurrence when you factor in the number of sparring matches and actual bouts that take place on a weekly basis throughout the world. As devastating as it is when it happens, this is still not what one would call a frequent occurrence.

There are some valid arguments about the gloves that boxers use today. They can have a huge impact, particularly the gloves that are known as “punchers’ gloves”. I would also ban any and all horsehair-filled gloves. They’ve all got to be made with foam padding now.

The counter argument is back when men like Sugar Ray Robinson, Joe Louis and Rocky Marciano were fighting they were using much smaller and less padded gloves than any fighter ever would use in a fight today. But times change and we must change and mature with them.

If there was ever a chance to experiment with 12oz gloves in fights today I would welcome that.

Real punchers can hit sufficiently hard enough regardless of what size gloves they use but we could minimise the cuts and bruising and the swelling that often occur with the ‘punchers’ glove’ that do so much damage along the way.