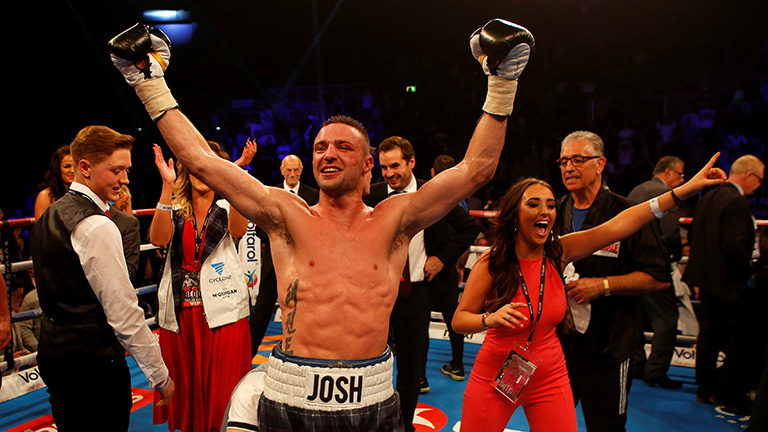 It was a bold piece of match-making putting Scotland’s Josh Taylor in with Miguel Vazquez in only his 11th fight. The Mexican may have done most of his work at lightweight but he is a former world champion with an awkward style. He was more than capable of making Taylor look bad. To extent he did that in the first half of the fight, rendering the fight difficult for Josh, dragging him in to work uncomfortably on the inside.

But Taylor broke through, hurting  Vazquez with body shots and finally putting him down and out in the ninth round. Taylor is now ready to move on and box for a world title.

Liam Smith’s rematch with Liam Williams was not a thriller like their first contest. But he answered the questions that had swirled around Williams being cut in the first fight and whether in fact Smith deserved to win it. The bout didn’t catch fire and it was a close one. But Smith showed greater control and there are now no lingering doubts or questions hovering over the result.

Danny Jacobs is a middleweight threat

Jacobs did what he needed to do beating Luis Arias, defeating him this weekend. The American proved himself against Gennady Golovkin earlier this year and is waiting in the wings should the Kazakh fail to get his rematch with Canelo Alvarez. Otherwise he would make a great challenger for the winner of the Billy Joe Saunders-David Lemieux WBO world title fight.

Light-heavyweight is heating up

Andre Ward retired from the sport earlier this year, leaving a void at the top of the light-heavyweight division and three vacant world titles. Artur Beterbiev won the IBF version on Saturday, although Enrico Koelling did extend him to the 12th round. Beterbiev is a brutal puncher. Dmitry Bivol secured the WBA belt with a brilliant one-punch finish against Trent Broadhurst last week. And a certain Sergey Kovalev is coming back before the end of the month…