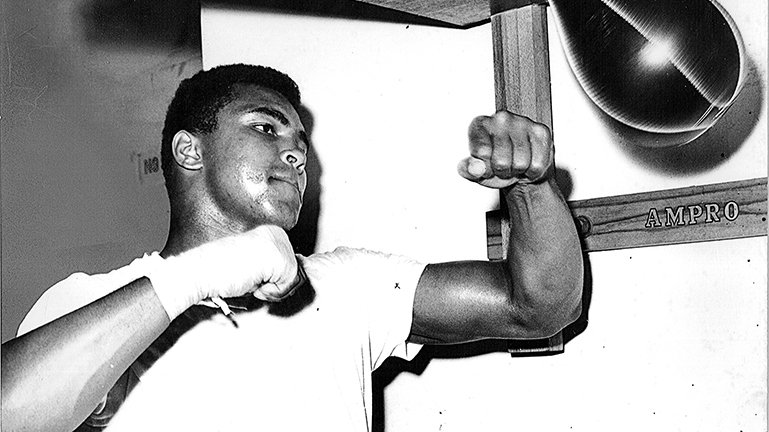 Muhammad Ali was at his dazzling and savage best while thrashing Cleveland Williams on this day, writes Matt Christie

THE elegance of Muhammad Ali was at its most savage inside Houston’s Astrodome on November 14, 1966.

Although Cleveland Williams – a gifted slugger in decline – was not the most accomplished victim, it is Ali’s destruction of him that many experts regard as Muhammad’s finest hour (or rather, his finest seven minutes).

Ali, who before the bout spoke of retirement so he could focus his full attention on religion, still had plenty of critics. Some were angered by those outspoken religious beliefs, others felt he was a cruel and unsporting assassin (after he toyed with an injured Floyd Patterson the year before), but anyone who saw him set about Williams were united in their belief that Ali was, like him or not, a phenomenal fighter.

“The Big Cat” was slowing down at 33 but his frightening punching power remained. Some believed that Williams’ long levers could cause the champion some real problems. Then there was Cleveland’s spirit to consider. Two years before he had been shot through the abdomen with a .357 magnum bullet from a policeman’s revolver and he survived.

Ali dished out an assault to rival the shooting.

35,460 were in attendance to create the largest audience to watch an indoor prizefight. The fight was broadcast – either live or delayed – in 47 countries, and on closed circuit television at 125 locations throughout the USA. Everyone was treated to perhaps the most thrilling one-sided win of all-time.

“He’s a real good puncher,” said Ali about Williams afterwards. “But he had nothin’ to punch at.”

Ali danced from the start, picking Williams off with strong snapping jabs. Occasionally, the champion would halt his groove, stand in front of Williams, and shower bombs all over his rival. Williams tried to fire back, but Ali, perfecting his famous shuffle, bounced on his feet, appearing to float and punch simultaneously. It was intoxicating cruelty.

There were three knockdowns in the second, and another in the third. Williams could not see the punishment coming and hopelessness was etched all over his face each time he collapsed. After a minute had passed in the third round the referee, Harry Kessler, rescued a groggy Williams from further harm.

“The greatest Ali ever was as a fighter was against Williams,” said broadcaster Howard Cosell. “That night, he was the most devastating fighter who ever lived.”

Ali, five months away from his government-enforced three-year hiatus, would never be quite as devastating again.

Muhammad Ali was ranked No.2 in the Boxing News 100 Greatest Fighters of All-Time. Order your copy here