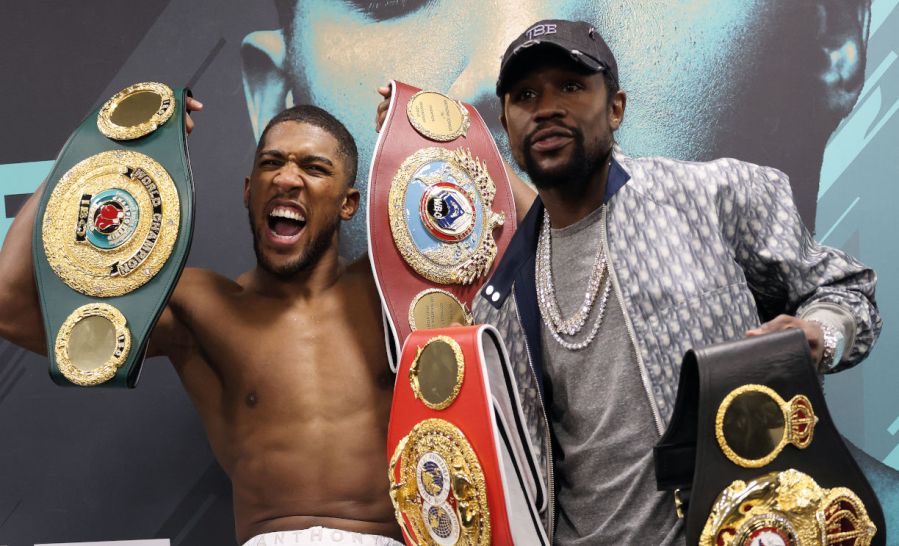 Anthony Joshua vs Kubrat Pulev delivered but the long and drawn-out undercard failed to set the scene, writes George Gigney as he reviews the TV show while also taking umbrage with a somewhat short-sighted piece of journalism

Broadcasts
THE final UK pay-per-view of 2020 finished with a bang as Anthony Joshua flattened Kubrat Pulev in nine rounds, but boy did we have to wait a while to get there. It was around 11.20pm UK time when the final right hand landed, meaning the whole broadcast had been going for roughly five hours.

It was certainly a case of quantity over quality. Of course, those that paid the £24.95 price tag probably weren’t doing so for the undercard; it was to witness Joshua defend his heavyweight belts, which he did in style. The fight was by no means a classic but it was interesting to see where “AJ” is at after his two fights with Andy Ruiz last year. It’s interesting that this show comes just a week before DAZN makes its UK debut – for £1.99 a month – with Canelo Alvarez vs Callum Smith, one of the best fights on paper this year.

And, of course, there is the prospect of a historic fight with Tyson Fury next year, so Joshua needed to beat Pulev to keep that alive. After winning, Joshua was probed on a potential Fury fight several times and was uncharacteristically coy in his answers, insisting he is pursuing the only belt he doesn’t currently own, rather than any particular fighter. Joshua has spoken in the past about his weariness of trading barbs rather than punches with his contemporaries, but this seems like a real missed opportunity to stoke the flames. Not that the fight needs it, mind.

Bob Arum, who co-promotes Fury, has also stated these talks will shift up a gear. Fury, for his part, called Joshua out on social media for not being more forthcoming in his post-fight interview.

The whole show itself did seem stretched, particularly after Lawrence Okolie finished the chief support inside two rounds and time had to be filled before the main event. Although, even the ring walks felt bloated as we were treated to a slow motion replay of Joshua’s entrance to the ring while it was still going on. It was also preceded by a corny video message from Joshua himself, though his choice of Survivor’s ‘Burning Heart’ as his ring walk music somewhat made up for this.

It’s obviously also worth noting the fact that 1,000 fortunate fans were allowed to attend this fight, the first to be able to do so in months. They clearly had a great time, but it was not a great look for the event’s organisers when the majority of these fans were seen without masks, and those with masks had them pulled down so neither their nose or mouth were covered.

Floyd Mayweather also made a surprise appearance, giving Joshua a social-distance rule-breaking congratulatory hug after the fight. Did Floyd arrive in the UK two weeks ago so he could go into quarantine before attending the event?

The Times has never been a huge supporter of boxing, so it’s no surprise that their Chief Sports Writer, Matt Dickinson, penned a column titled “Boxing’s time is up — I won’t be watching on Saturday or ever again” prior to Joshua’s win over Pulev.

In the piece, Dickinson describes boxing as a “celebration of brain damage,” while explaining that his days of covering and enjoying fights are over. It’s not made overtly clear why Dickinson has come to this decision, though he cites the inherent dangers of the sport, and also claims that boxing will eventually be outlawed.

Obviously, he’s entitled to his opinion and has earnt the right to share that opinion with a wide audience, but to do so without any supporting evidence besides a “growing unease,” is irresponsible. He also references former Times chief sports writer Simon Barnes, who noted that when deaths and serious injuries happen in sports such as horse racing or Formula 1, it is because things have gone horribly wrong, but wrote “When they happen in boxing it’s because things have gone horribly right.”

That sums up this misjudged view of the sport – to suggest that death is a signal of things going right, and that a fighter’s sole purpose is to render someone unconscious, is insulting. One only has to witness the shockwaves sent through the sport when a life is lost in the ring, or the scars left on those close to the boxer whose life was lost – further still, the scars left on the boxer who inflicted the damage – to see how devastatingly wrong such an outcome is.

Dickinson, and Barnes, are not the first sports writers to take aim at boxing without all the relevant information and they won’t be the last. The debate over the dangers of our sport is an important one, but it should be rooted in fact, not opinion. When prominent writers wade into this discussion, they should do so with evidence and research, not gut feelings and a holier-than-thou attitude. Dickinson also attempts to pre-empt any challenges to his column by stating that the argument boxing redeems the lives of thousands of disadvantaged people is the “least convincing of all, as though the best that society can provide as a way out of difficulties is through a potentially lethal trade.” Again, this misses the mark – no one is suggesting boxing is the best or only route, merely that its accessibility and the discipline it instils provides opportunity for those with very few. To ban it would be damaging for so many.