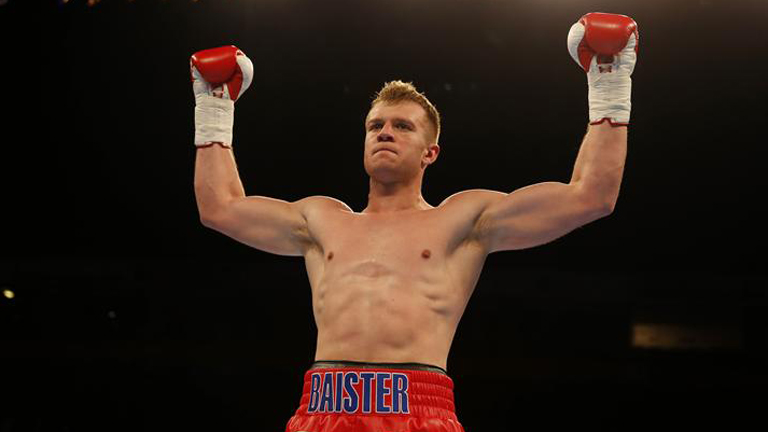 HAVING turned professional early last year Sunderland cruiserweight, Warren Baister, didn’t push for the chance to appear at the Olympics in Rio last month, however, for him, and those closest to him, it’s not something in which he regrets.

The highly decorated GB star decided that, after seven years on the national squad he would take a shot at the professionals, taking to it like the proverbial duck to water with four straight wins before an old injury flared up slamming on the brakes.

Having been under the knife several times in his career Baister, a former, two-time ABA heavyweight champion, suffered a rather freak lisfarne ligament injury (the kind only suffered in car accidents) in his right foot during a sparring session – it is that which has held him again, not that it’s affected him.

Set to marry fiancé Emma Waters, in Vegas, where Callum Smith is expected to be one of the guests, Baister, who is managed by Matthew Macklin’s MGM Marbella, is set to return to the ring before the end of the year.

“I’m coming to the end of rehab at present after the foot injury flared up again prior to my last scheduled outing (at the Summer Rumble in Sunderland),” began Baister.

“It’s just another bump in the road and doesn’t really bother me, I’m used to it now and have been seeing a specialist, Tim Clough, on both occasions. I’m now hoping that I can be back November-December time and then push for titles next year, stepping up sooner rather than later.

“I live a healthy lifestyle and train often but being in the pros is so far different to the amateurs, hence the need to step up. Being with the GB squad I was regularly opposing the best in the world so this has been a shock to the system with the difference between them; GB laid the foundations for me so I’m already seasoned to the longer rounds.”

It was just over two years ago when Baister decided to leave the amateurs, and a GB set-up he’d spent some seven years within. Not medalling at the Commonwealth Games weighed heavy on his mind, as had the London Olympics two years prior to that.

Well backed, not only by MGM but also his sponsors in Harry Burnicle Electrical Company, Stand-Up Driving School, Pity Me Nursery & Tea Barn and Boldon Bathroom & Kitchens, Baister watched the Rio Games from the comfort of his own home.

He added: “I was disappointed with the Commonwealths two years ago as nothing clicked into place for me so that’s when I knew I wanted to be away from the amateurs.

“I then watched the Olympics a few weeks ago, having already had four fights as a professional (he’s won all four with three coming via stoppage) and I thought I was going to be sick, gutted, but I wasn’t as there’s a lot of pressure on Olympians.

“I remember how it was at the London Games and what we had to go through to get there. I wanted it really bad then but I knew I’d have the same feeling again and I didn’t want that.”

“Now though, being with someone like Binnsy (David Binns) at Peterlee, is great and he certainly keeps you occupied that’s for sure, but he’s a good bloke and knows his stuff which means I’ve got a good standing moving forward.”

Titles though are certainly on his mind, and his stable-mate Charlie Edwards for that matter who has blasted through the pro ranks in the past few years.

“Charlie [Edwards] is the perfect example of having been there and done it and is now up there challenging for a world title,” Baister continued.

“As for me, I’ll go for whatever title presents itself first to me and go for it. I’d like to think I’d be able to go straight for the English title and there’s definitely scope for a fight with [local rival] Simon Vallily as, although we’re good mates and talk to each other often this is not just a sport, it’s a business.”