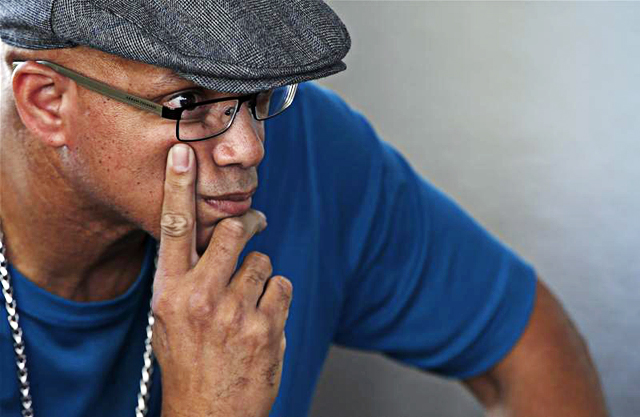 VIRGIL HUNTER, who will be in Andre Berto’s corner when he fights Floyd Mayweather on September 12, has come to the defence of his charge’s adversary.

Mayweather’s announcement that he will face Berto in what is allegedly his final fight has been met with widespread criticism.

However Hunter, who also trains Amir Khan and Andre Ward, has hit back at Mayweather’s detractors.

“My reaction to the fans who have criticised the fight is this: you’re not really a boxing fan. If you’re a true fan of something you really love, you won’t criticise it,” he told Boxing News.

“True fans will give the fighter who they think might lose the same respect and amount of time they might give to the one they consider to be the favourite. If you’re not a boxing fan, you’re a fighter fan, you have your favourites.

“If the one you dislike is getting what you think is an easy way out, you’re going to be critical of that, particularly if the one getting the easy way out is making a ton of money.

“When you have a young African American making a boat load of money who has achieved what Floyd has achieved and you’ve antagonised him enough to where he throws it in your face, you don’t like it. But that was happening before he got rich, the criticism. Muhammad Ali got it, Joe Louis got it. That’s just the way it is.”

Hunter also spoke about the condemnation of Mayweather’s defence-first style, which was rife after his win over Manny Pacquiao in May.

“When you see a tough fight, it’s because the skill set is equal. But when you’re a master and you’re the best at what you do, you’re going to make it look easy,” he said.

“If you had surgery and you had your pick of doctors and you were able to do your research, you’re going to take the best one. The best ones make it look easy.

“You have to look at the sport as a whole if you respect it. With every one of Floyd’s fights, people say he ran. How do you run in a boxing ring? If I have a 20ft ring, I’m going to use every inch of it.

“So they’ll say to Floyd ‘you ran’ but they won’t say to the other fighter, ‘you didn’t cut the ring off properly.’

To read Hunter’s exclusive guest column, in which he discusses the fight at length, download this week’s magazine.