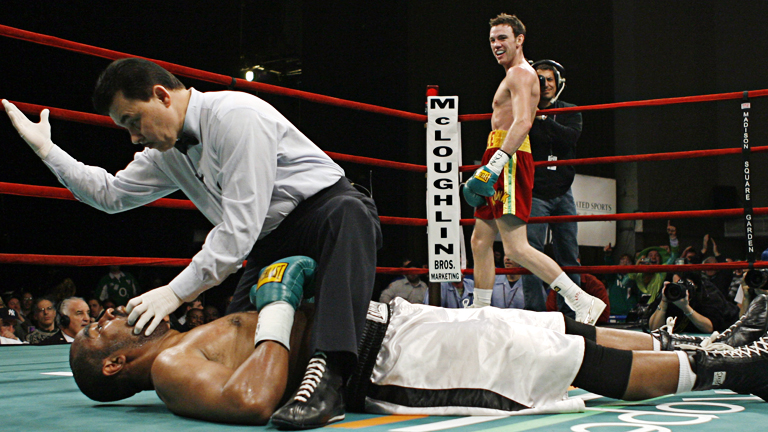 Tony Jeffries explains how to put power into your lead hook

I had 106 fights in total for England and Great Britain, 56 of which were against other champions. I also had 10 professional bouts and sparred thousands of rounds. The only time I was ever put down was in a sparring session with the Irish southpaw Andy Lee who was a world silver medallist and former WBO champion. He hit me right on the chin with a lead hook and although I got up instantly I was confused and forgot what day it was, so we ended the spar.

At 6ft3, Andy fought at 160lbs and if you saw him the last thing he looks like is a hard puncher, but 24 of his 35 pro wins came by knockout. The only way a tall/lanky fighter like this can generate power in his punches is by transferring their weight. I show you how to do that in this short video.

The left hook is the hardest and most awkward punch to throw for a beginner. Subscribe to the youtube channel for more tips on boxing technique.