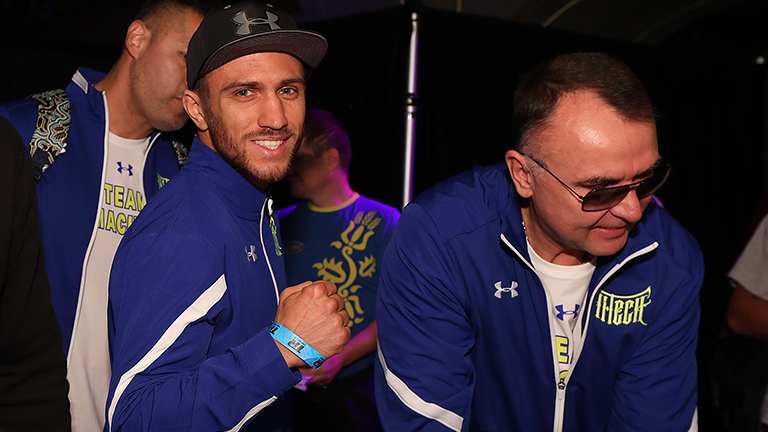 Vasyl Lomachenko's next fight will be on April 8

VASYL LOMACHENKO gets an opponent for his April 8 outing in the form of secondary WBA super-feather title-holder Jason Sosa.

The supremely talented Ukrainian has been scheduled to make his next appearance on that date by his promoter, Top Rank, and broadcaster HBO.

Fully-fledged WBA super-featherweight champion Jezreel Corrales was the desired opponent for Lomachenko but according to Bob Arum he “turned it down.”

Attention then turned to Sosa, who needed no time to mull it over.

“Not even for a second. He didn’t argue, at all. He’s looking forward to the opportunity,” his promoter, Russell Peltz, says. “I know that we’re 20/1 but hey, listen, I’d rather be a 20/1 underdog than a 20/1 favourite. We’ll have the best chance of anyone on April 8 of beating Lomachenko because we’ll be in there.”

Sosa is on a decent run of form, having stunned Javier Fortuna last year, before seeing off Stephen Smith in a barnstormer.

Lomachenko, meanwhile, is coming off of two emphatic early wins over Roman Martinez and Nicholas Walters. No venue is confirmed yet, though the MGM National Harbor in Oxon Hill, Maryland has been mooted.