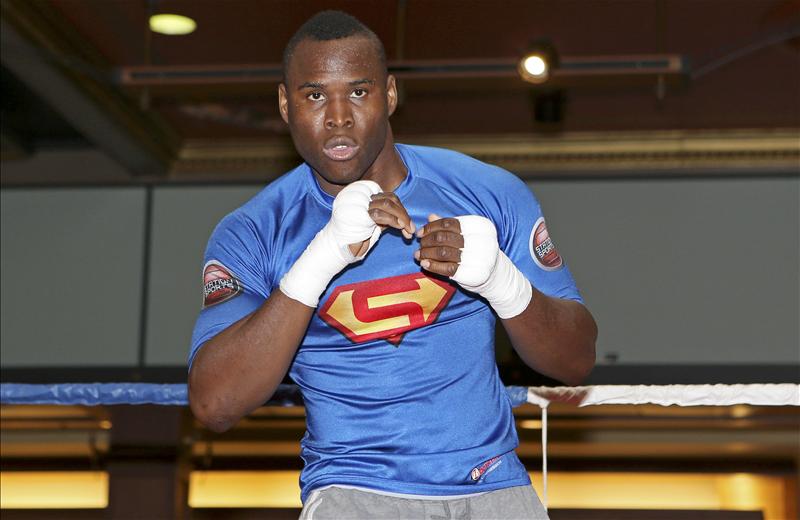 AMERICA’S Shakur Stevenson advanced to the 56kgs semi-final after outpointing Mongolia’s Tsendbaatar Erdenebat, 30-27 for all three judges, on Tuesday (August 16). He’s guaranteed an Olympic bronze medal and will box for a place in the final on Thursday (August 18).

He noticed none other than Floyd Mayweather in the crowd. “I got excited and I got a little nervous but I got it done,” Shakur said.

Mayweather was issuing some advice from the stands. “He kept saying jab. Then he kept saying go to the body. I heard him a lot,” Stevenson said. “He’s been in the same situation before, he mastered boxing, he’s one of the greatest. So of course I’ve got to listen once I hear Floyd talking.”

He saw Michael Conlan’s controversial defeat to Russia’s Vladimir Nikitin as he was warming up for his semi-final. “I wanted to fight Conlan. I felt Conlan won his fight, honestly, but now we’ve got to focus on the Russian,” Shakur said. “I thought he made it clear. I guess the judges saw different. I plan on going in there and focusing on what I’ve got to do and not worry about no judges or nothing.

“I’ve got to stay focused and go get that gold medal now.”

Along with Nico Hernandez’s bronze, the USA boxing team is assured of two medals at Rio 2016. And middleweight Claressa Shields hasn’t even got started yet.