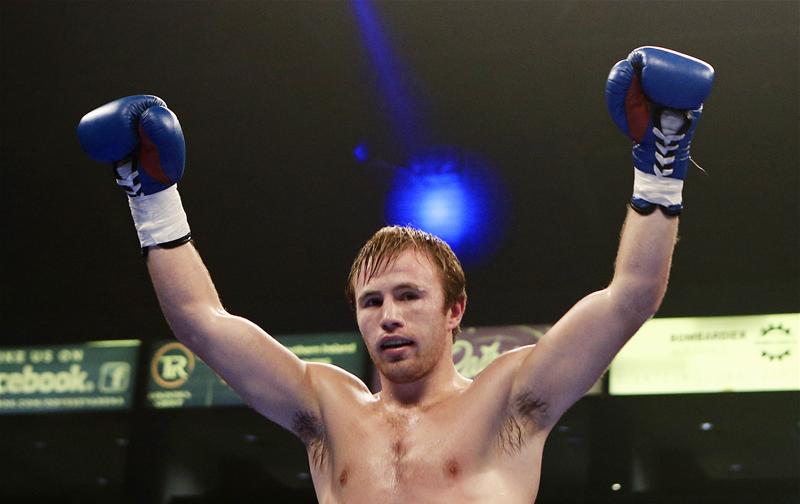 IRISH prospect Philip Sutcliffe Jnr looks to extend his unblemished professional record to 7-0 this Friday night in Dublin. Eager to drop the novice label, Sutcliffe squares off against British southpaw, Terry Needham. Possessing a 7-1 (3) record, Needham and Sutcliffe Jnr bring a similar body of work to the ring. Having stopped five of his six opponents, Sutcliffe will look to hand Needham a second career loss and continue the plunge through the murky waters of the professional game.

Born into a family steeped in boxing tradition, Sutcliffe Jnr’s father and trainer Phil Sutcliffe Snr, had captured a European bronze medal as an amateur on two occasions. Sutcliffe Jnr enjoyed a successful amateur career on the national stage too, picking up an Irish senior national title.

Boxing News: Are you completely satisfied with your accomplishments during your amateur career?

Philip: No I had a lot more to offer and add to my amateur career. I picked up a hand problem right before I flew out to the World championships. I managed to get a cortisone injection on the day of my fight, which failed to subdue the pain and I lost out on one of the biggest competitions I had reached. From that point I had trouble with the hand on and off until I decided to take a break from boxing altogether.

You entered the professional ranks on March 9, 2013. Over a period of nine months you notched up five consecutive stoppage victories. A busy schedule must have been beneficial during the transition into the professional ranks. The momentum you carried forward came to a halt during a 10-month period of inactivity. Five months have passed since your last outing with a victory over Martin McCord, during which you picked up a hand injury. How do you maintain your focus during lengthy periods away from the ring?

Believe it or not I was about to put my hands in my pocket and walk away from the sport. My father and Stephen Sharp floated the idea of turning over to the professional game. So I went off to consider my options and discuss it with my girl and family. I made my decision to turn over within eight weeks. I had my first fight and went on from there until my hand problem returned. At this point I made the decision to get it operated on. Things began to fall apart around me and I thought I might never box again. It was a very hard 12 months to get my head around. My new manager Pat Magee came along with a two year contract after my operation. I geared myself up again and with the help of my family, my girl and Pat, I got back boxing. In my first fight back I damaged tendons in my other hand. Inactivity may have played a part. But I am 100 per cent [fit] finally.

This Friday you face Terry Needham at the Red Cow hotel in Dublin. What strengths does Needham bring to the table? And what weaknesses will you look to exploit?

Yes it’s a small step up in class. I am told Needham is a decent operator. This fight will be no walk in the park as I have to brush off some ring rust. But I know what I bring to the table and I’m not looking past Terry. I have heard good things and seen one clip of him in action. I went through this camp without sparring due to a cut over my nose while helping Stephen Ormond prepare for his big clash in England. But I have prepared myself as best I could despite my camp being up and down. I never lost sight of February 20 and the opportunity to get the ball rolling again.

You previously stated you are aiming for four fights by June of this year with one eye on a big fight towards the back end of the year. Is this still the case?

I’m aiming for four fights before June to get the rounds under my belt and keep my career rolling forward. I am looking for a big fight before this year is out. As far as opponents, Pat will do the matchmaking. If that big fight comes my way, who knows what it will be for. But I will keep active and ready for any opportunity.

Stephen Ormond, whom you have sparred regularly in recent times, was in action last Saturday against Terry Flanagan. How would you rate Ormond’s performance?

Stephen Ormond is a quality operator. I felt like it went out the window for him on the night. I’m not disregarding Terry’s performance. Flanagan got his tactics perfect on the night. I just felt that Stephen could have done more and let himself down on his rash actions.
Irish boxing is enjoying a revival with the likes of Andy Lee, Carl Frampton and guys coming through such as you and Luke Keeler, who recently reached the semi-final of the Prizefighter tournament. What do you attribute that to?

There are so many talented boxers in Ireland, but we need the support of the fans to put on big shows. We have Andy Lee and Carl Frampton as reigning world champions, and so many quality fighters waiting to for their opportunity at home or abroad.  An ideal way to boost public support again would be a packed card with the big names alongside fighters looking to break through. We have a lot to offer the sport. I’m just looking to get my show on the road and establish myself on the next level. Friday night is a step forward to get myself on the road again.
Philip Sutcliffe faces Terry Needham over six rounds this Friday, February 20th in the Red Cow Moran hotel in Dublin.