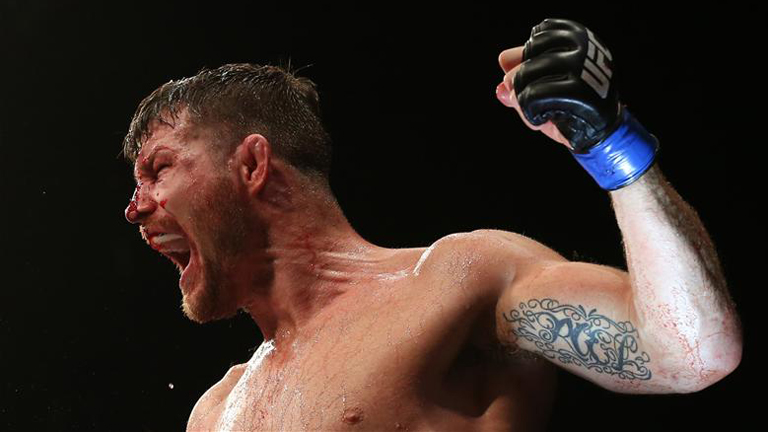 Martin Potter @theboxingbrain breaks down the strengths and weaknesses of The Count, Michael Bisping ahead of the Anderson Silva fight

THE UFC returns to London’s 02 arena on Saturday night (February 27) as perennial title hopeful and British favourite Michael “The Count” Bisping takes on former pound-for-pound king, Anderson “The Spider” Silva, in a middleweight clash some years in the making.

Both men have had ups and downs in recent years which could impact the result of this fight. Here are the key strengths and weaknesses of Michael Bisping.

The Count is a very good technical boxer and kick boxer who uses neat footwork and utilises his jab well. He looks to move in and out of range, likes to pepper his opponent with straight punches and low kicks and tries to keep them off balance, avoid big blows and take down attempts.

As well as good technical striking, Bisping has dispelled the notion that Brits can’t wrestle, taking elite level American wrestling champions like Chael Sonnen and Rashad Evans to the wire in past fights (albeit losing efforts). Bisping has been able to use his good footwork and effective sprawl to stuff takedown attempts.

Generally Michael Bisping does everything very well and has elite level fitness and conditioning, complemented by a strong will to win and unshakable self confidence. He is a well rounded MMA athlete.