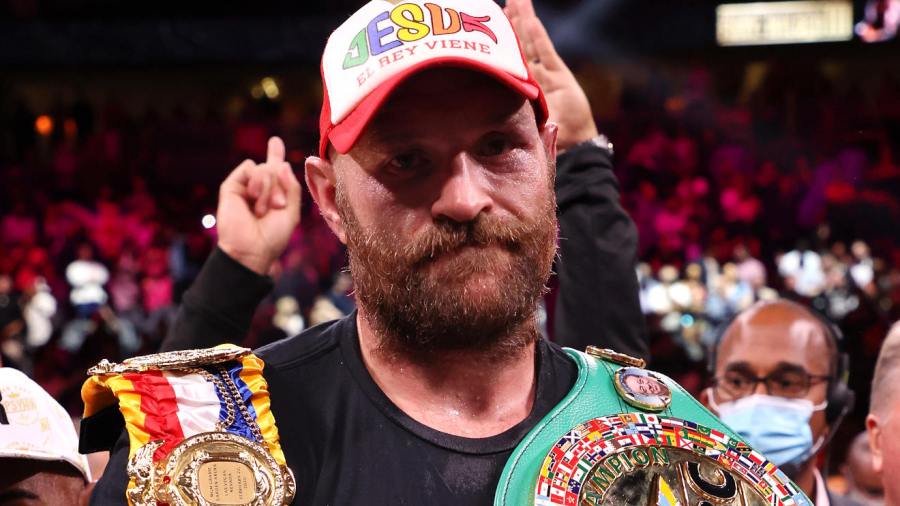 In his boxing media review George Gigney considers statements from Tyson Fury and Anthony Joshua, as well as how live broadcasting can play a huge part in helping small hall boxing

THE COVID-19 pandemic brought the world to its knees, shutting businesses down and claiming millions of lives. Boxing was not immune from its impact, with some shows cancelled and many of them taking place behind closed doors.

This hit promoters and shows at the smaller end of the spectrum the hardest, as they rely on ticket sales to make a profit, or just break even, as they don’t have revenue from any broadcast partnerships.

That could be changing, though. This past week we saw British shows streamed live on Fightzone – a relatively new online platform – and Boxing Social’s YouTube channel.

Boxing Social followed in the steps of IFL and other prominent boxing YouTube channels by moving into the realm of streaming a live show. The event was held by Wasserman Boxing at York Hall, and took place on Thursday night (midweek boxing is always welcomed).

It’s perhaps a tad inaccurate to describe it as a small hall show, given that Wasserman is a well-funded organisation with plenty of resources, but this was certainly a card that wouldn’t have had a broadcast home elsewhere.

There were some fun debuts and an upset in the main event; it was an entertaining night of boxing, and the stream went on without any major issues. In terms of the end product, Boxing Social and Wasserman can surely mark this down as a success.

The Fightzone show was a Dennis Hobson card topped by cruiserweight Jack Massey, and it was a decent one overall, with a featherweight Commonwealth title fight also on the bill.

I’m not qualified to speak about the economics behind these shows, nor am I privy to the details, but the hope is that broadcasts like these remain viable and continue on a regular basis.

YouTube is, obviously, free while Fightzone requires a £4.99 monthly subscription, so your mileage may vary on whether or not you want to see lots more British shows streamed online, but it can only be good for the sport if they are.

There was nothing overly flashy about the Boxing Social and Fightzone broadcasts, and there didn’t need to be. We got plenty of fights with knowledgeable commentary and some post-fight interviews; for the more dedicated boxing fans – who will have been the audience who tuned in for these cards – that’s all that is needed.

The biggest card of the weekend took place on DAZN, as George Kambosos Jnr stunned Teófimo López. Aside from a few technical glitches, such as showing the wrong round number early in the main event, the show was an enjoyable one.

Once again, DAZN made the smart move to give us footage of what was being said in the corners between rounds, and it was quite eye-opening. López’s father and trainer was giving him some nonsensical advice, such as “get this motherf***er out of there already,” seconds after López had been dropped at the end of the first round.

At one point, López Snr also advised his son to “hit him wherever you like.” Truly ground-breaking stuff. The comms team, who had a good night after some recent stinkers, rightfully highlighted López Snr’s poor cornering, and they also maintained a fair account of the bout, rightfully praising the heroic effort from Kambosos Jnr.

On the radio, Fight Night on talkSPORT had BOXXER promoter Ben Shalom on as a guest, and he confirmed – before the news was officially announced – that Amir Khan and Kell Brook are finally going to fight each other. The news was first broken by the Daily Star’s Chris McKenna, who reported that talks were at an advanced stage, with Fight Night then taking this confirmation further after Shalom’s comments.

It’s a fight way past its sell-by date, but it’s still a fun matchup. Everyone loves a good grudge match, and both men have been in some excellent fights in the past – there’s plenty of reason to believe this could end up being a great fight.

Tyson Fury, speaking to The Boxing Lowdown, floated the idea of Anthony Joshua taking a step-aside fee to allow Fury to fight Oleksandr Usyk next.

“If Joshua goes in again and loses, which I think he will, that fight’s dead in the water for me. But if he lets me fight Usyk and I batter Usyk, then I’d come back and batter him as well,” he said.

Later in the week, Joshua spoke to IFL and intimated that he has no plans to step aside, but would consider it for the “right amount” of money. It’s an interesting proposition. Fury was speaking shortly after he took part in a press conference to promote his brother Tommy’s upcoming fight with YouTuber Jake Paul. Alongside Tommy and Tyson was their father, John, who landed himself in a spot of bother.

He made some remarks toward Paul – more specifically Paul’s girlfriend – which were way beyond the pale and forced BT Sport, who staged the press conference and are broadcasting the fight, to issue an apology on social media.

All in all the presser was a bit of a mess but, let’s face it; it did the job. Clips of the press conference went viral, and a lot of people were talking about it, many of them not even boxing fans. That being said, BT Sport could have done more to keep things under control. John Fury isn’t an unknown quantity, and while he can be quite an astute analyst, he is always liable to say something regrettable in certain situations, and this press conference was pretty much tailor-made for that.