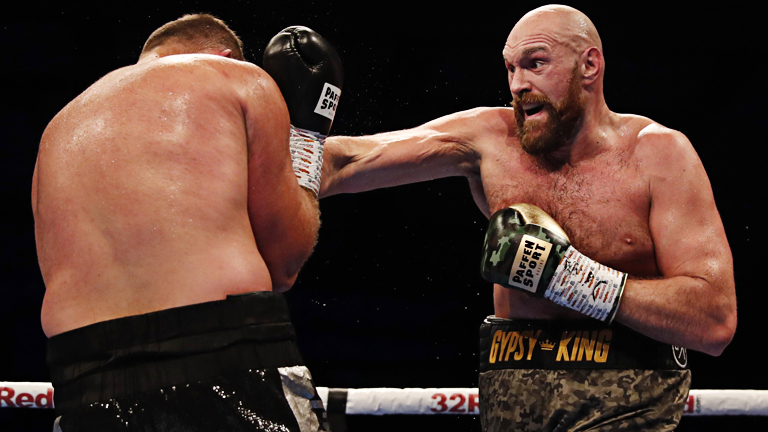 The “Gypsy King” Fury (27-0, 19 KOs) established his jab against the German-based Italian (35-5-1, 21 KOs) and showed flashes of the movement, hand speed and footwork that he used to dethrone the formidable Wladimir Klitschko in 2015 to become the unified heavyweight champion. Klitschko himself dispatched Pianeta in six rounds back in 2013.