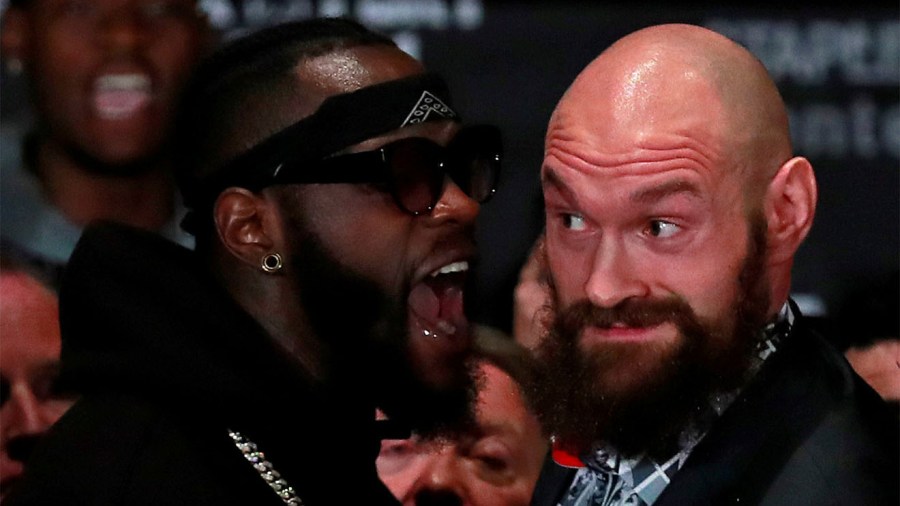 But imagine how much bigger Wilder-Fury II would be if it was for the undisputed title, writes Matt Christie

IN the first issue of the year, Boxing News identifies 10 fights that should be made over the coming 12 months. For the third year in a row, a scrap between Deontay Wilder and Anthony Joshua sits atop the wish list, simply because we want a true heavyweight leader to be established.

It’s barmy and a little sad that the sport has been incapable of delivering that for so long.

Over the past decade boxing has succeeded only twice in staging the year’s most desirable bout and you could argue that on both occasions – Floyd Mayweather-Manny Pacquiao in 2015 and Gennady Golovkin-Canelo Alvarez in 2017 – the fights came too late. Two out of 10 is a rubbish score, whichever way you look at it.

It’s a pattern that’s unlikely to change. Promoters wait until a fight will make the most money (or they run out of other options) before they pull out all the stops. The boxers, too, must share the blame. They ultimately hold the power in negotiations so if they were to dig in their heels and demand that these contests occur, they would. Instead they brush the fights into the future, content to wait and be paid well against lesser opponents while doing so. It’s an infuriating process albeit one that fans begrudgingly accept while moaning amongst themselves.

However, we can be guilty of getting too caught up in the imperfections of a sport that will always be full of them. After all, those faults often spring pleasant surprises: A consequence of the perennial Joshua-Wilder standoff was each of them engaging in bouts that spawned rivalries worthy of the highest stage. Wilder accepted the challenge of Tyson Fury in December 2018 while Joshua turned his attention to Andy Ruiz Jnr six months later. That neither Wilder nor Joshua won said plenty about waiting too long for the perfect match but also spoke to the intrigue and talent that exists outside of the heavyweight top two.

Wilder’s controversial draw with Fury was dramatic and engrossing while Ruiz upsetting Joshua in New York birthed the following year’s biggest story. Joshua-Ruiz II being a disappointment will be a moot point if – as we expect – the February 22 return between Wilder and Fury delivers. With Wilder-Fury II in place we enter a calendar boxing year in a rare position – with a fight that all fans want to see already secured. It may not be the fight, but it’s certainly a huge improvement on the status quo of recent years.

But imagine how much more appealing Wilder-Fury II would be if there wasn’t a constant elephant in the room (Joshua and Wilder blight each other’s events simply by not being the opponent). Imagine how much more appealing every world heavyweight title contest would now be if Wilder and Joshua had sorted out who was the No. 1 the moment it became clear they were the top two; if the man facing Tyson Fury in February was the undisputed king.

Bob Arum last week made the point to the BBC’s Mike Costello that, while he expects Wilder-Fury II to pull in 2m box office viewers in the USA alone, it will not draw widespread interest like Muhammad Ali and Joe Frazier achieved in 1971. His reasoning? There is not a human interest storyline like Ali’s refusal to join the Vietnam War to heighten its appeal beyond the sporting world. Some may argue that the real allure of Frazier-Ali was that they were unbeaten and unquestionably the best two heavyweights in the world. One should also consider that there wasn’t another ‘world heavyweight title fight’ taking place two months beforehand involving two completely different boxers, thus making the whole picture very hard to follow.

I accept that rivalries need some kind of run-up (consider how much bigger the unification  showdown between Mike Tyson and Tony Tucker in 1987 would have been if Tucker had beforehand notched an impressive IBF title defence or two, for example). But until a true king is crowned – there hasn’t been a single world heavyweight title bout since Lennox Lewis’ retirement where the winner could claim true dominance of the division – contests like Wilder-Fury, and more pertinently the sport as whole, will not fulfil its true potential.