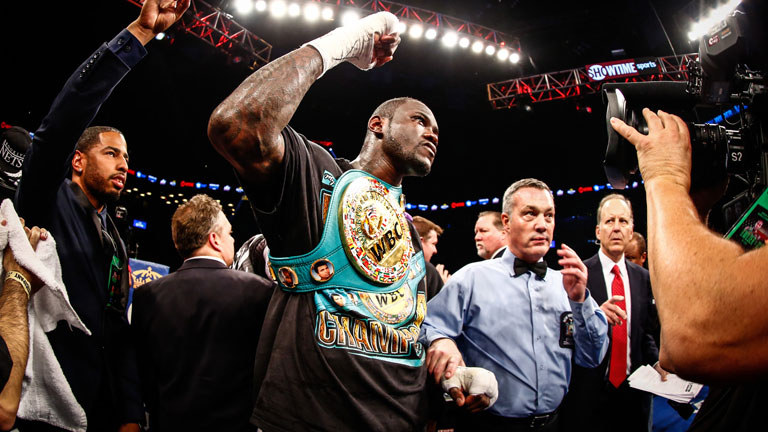 LIKE two rutting stags, Tyson Fury and Deontay Wilder squared up following the latter’s ultimately explosive victory over Artur Szpilka. The unified heavyweight king from Britain exchanged barbs with America’s WBC champion and both insisted they would gladly meet their rival in his backyard if Tyson Fury vs Deontay Wilder were to take place; Wilder may yet have to but Fury likely cannot. The last time Tyson fought in the US, back in 2013, uncle and trainer Peter Fury could not accompany him – previous criminal convictions scuppering his chances of a visa – and his nephew was dropped by Steve Cunningham in what was a poor performance, despite the eventual knockout win. It is a risk Peter is loath to repeat.

“It would be absolutely ridiculous for a world champion fighter to fight without his trainer in the corner; why would he do that?” Peter said to Boxing News. “That won’t be happening. My lawyers are working on my visa issues so it’s not ruled out and if it gets sorted I’d like to come to America. But I’ve been to Canada on numerous occasions and it’s a short flight. I’m happy with Canada, but there’s also talk of Wilder coming to the UK.”

Peter stayed behind while his son Hughie and Tyson travelled to New York to watch the Wilder show and take in some of the sights. He was not surprised at Tyson’s ring invasion in Brooklyn.

“I think Tyson has done it for no other reason than to say what he thinks of Wilder’s performance,” laughed Peter, who picked out Wilder, new IBF ruler Charles Martin and Cuba’s Luis Ortiz as the best heavyweights out there, excepting his nephew. “He’s desperate to show people that he’s the best in the division and Wilder is no challenge to him. Wilder is a very big puncher, though, and the WBC champion.”