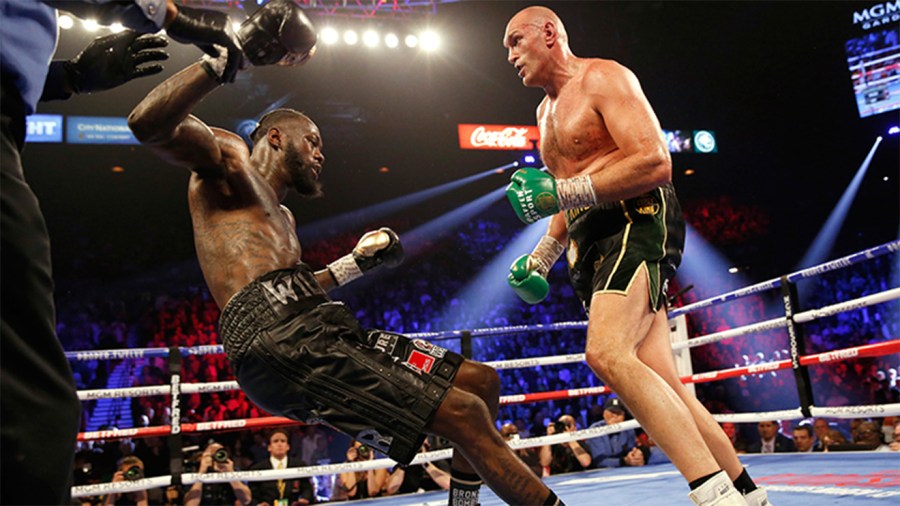 TYSON FURY should not be doubted again. He told everyone he was going to stop Deontay Wilder, the feared puncher with the 95 per cent KO ration, and he did just that. It was a violent and one-sided thrashing. He must now be regarded as the best heavyweight in the world.

Fourteen months ago, Fury and Wilder fought for 12 rounds and it ended in a draw. Fury was decked twice yet seemed to have done enough to win. As good as that showing was, the turnaround is nothing less than astonishing.

Thrashing Wilder in seven rounds is an incredible result. It’s a performance that exhibited a change in style for a fighter known for his slick and slippery smarts. Inside a sold-out MGM Grand in Las Vegas, Fury turned into a destroyer.

“This is just the start,” said Fury afterwards, who joined forces with Sugar Hill Steward at the end of last year after a surprise split from Ben Davison.

“I’ve never been the kind of boxer to sit down on my punches, I’ve always been a slick boxer. That’s why I moved from Ben Davison, who did a great job with me.

“I’ve only just got started on this style, this was the product of just seven weeks. Let’s see when I’ve had more time.”

Wilder was dropped in round three, round five and pulled out when Mark Breland, the American’s co-trainer, threw in the towel. Jay Deas, Wilder’s head coach, said afterwards he didn’t agree with Breland’s decision.

“Mark Breland threw the towel, I didn’t think he should have,” said Deas. “He’s the kind of guy who wants to go out on his shield. He has that punch and he can turn the fight around. He’ll be back and be all the better for it.”

Wilder did not attend the post-fight press conference because he was on his way to hospital. It’s an admission that makes Breland’s decision exactly the right one.

The previously unbeaten slugger took a sustained hammering that was only going to get more severe. His eyes were glazing over and his legs increasingly unsteady when the referee accepted Breland’s act of surrender and stopped the fight.

“He had a small cut inside the ear that may have affected his equilibrium,” Deas said. “It was a tough gruelling fight. He likes to be active, but this is two fights in quick succession, he last fought in November. This will give him some time to rest and enjoy spending time with his family.”

A cut in the ear, or a burst eardrum, may explain why Wilder’s balance was so poor. Some will say Wilder was exposed and, all too predictably, that he has been overrated all along. But no fighter had been able to put him under that kind of pressure before.

If Fury had outboxed Wilder over 12 rounds like he did Wladimir Klitschko in 2015, that would have been mightily impressive. To change his style and blast out Wilder, though, even more so.

He took Wilder’s heart, his title and, given the manner of victory, Tyson Fury has replaced him as the most dangerous man in the heavyweight division.