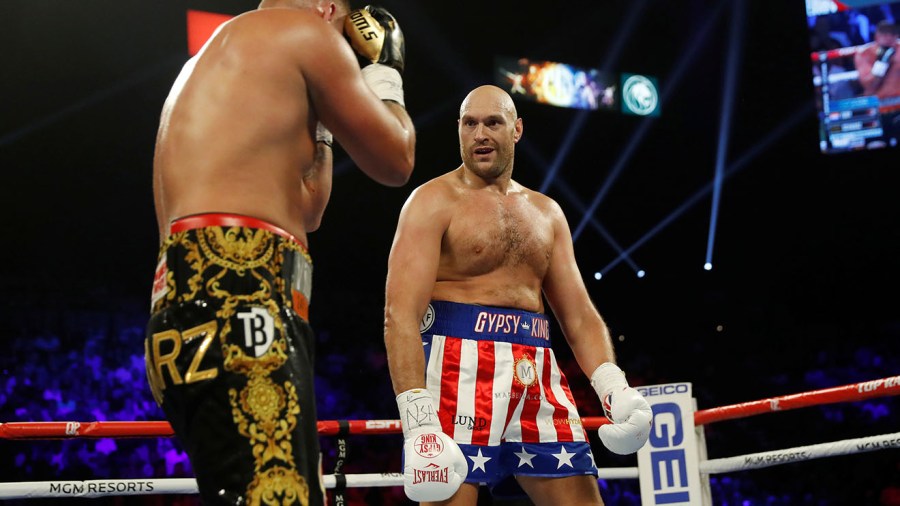 Tyson Fury reveals the date he expects to fight Deontay Wilder again, and says the deal is signed

TYSON FURY claimed a highly-anticipated rematch against WBC heavyweight champion Deontay Wilder has been signed to take place on February 22 next year.

Many thought Fury deserved the nod in their first bout last December despite being knocked down twice but it was scored a draw, leading to Wilder retaining his title.

Wilder is slated to defend his belt in another return bout against Luis Ortiz but should he record another win against the Cuban, that paves the way for another showdown against Fury.

The Briton has vowed he will not let their next contest go to the scorecards, telling a Q&A at an event at Bradford’s Alhambra Theatre: “This time I am going to knock him the f*** out.

“The rematch has been confirmed and signed, 22 February. It’s on, the rematch.