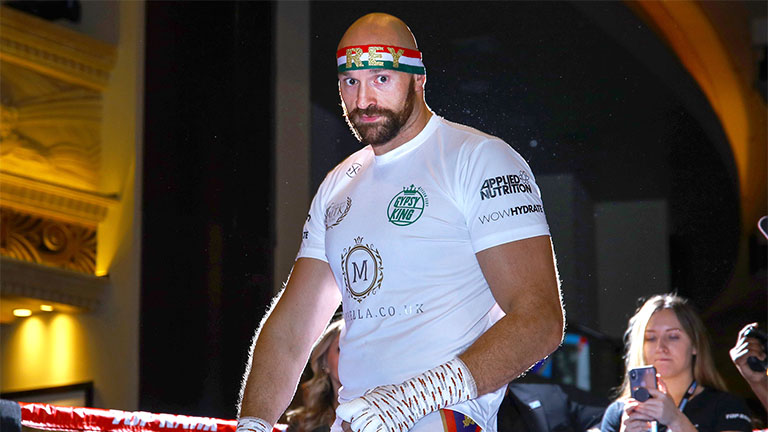 TYSON FURY’S rematch with Deontay Wilder is looming ever closer. The two will fight a return for Wilder’s WBC heavyweight title on February 22 at the MGM Grand in Las Vegas after a controversial draw all the way back in 2018. Britain’s Fury however insists that “it was almost a blessing in disguise” that he didn’t get the decision.

But he added, “I believe I can outbox Deontay Wilder very, very comfortably but the fact of the matter is I believed I outboxed him last time and it is no good me believing it, the judges have to believe it.

“To guarantee a victory, I have got to get a knockout. I don’t want to leave anything unturned this time and I don’t want another controversial decision. I want it to be defining either way.”

To that end, Fury suggests the reason he switched trainers was in order to go for the knockout against Wilder. “I had a good defensive coach in Ben Davison. We worked a lot on defence every single day for two years. He is the best [for] defence so I needed an aggressive trainer,” he said. “I worked with Sugar Hill in the past, I knew he was a good guy and we got on well. Communication is key to any relationship and that is why I brought him in and it’s been one of the best decisions I’ve ever made.

“I have never ever been as focused or ready for one fight as I have been for this fight. I have pulled out all the stops that anyone could ever pull out for a training camp.

“Every box has been ticked. We are going to see the best Tyson Fury that Tyson Fury can be.”

Anthony Joshua, who reclaimed the WBO, WBA and IBF titles in a rematch of his own after his loss to Andy Ruiz, is the man to rival Fury and Wilder for heavyweight supremacy. But Fury maintains that the winner of his fight with Wilder will be preeminent in the division.

“I think winning this fight would make me the best of my era. No more to prove,” he said. “Everyone else has been defeated because it’s only me and Deontay Wilder who are left unbeaten after 12 years as professionals. It is all on the line for this fight.”