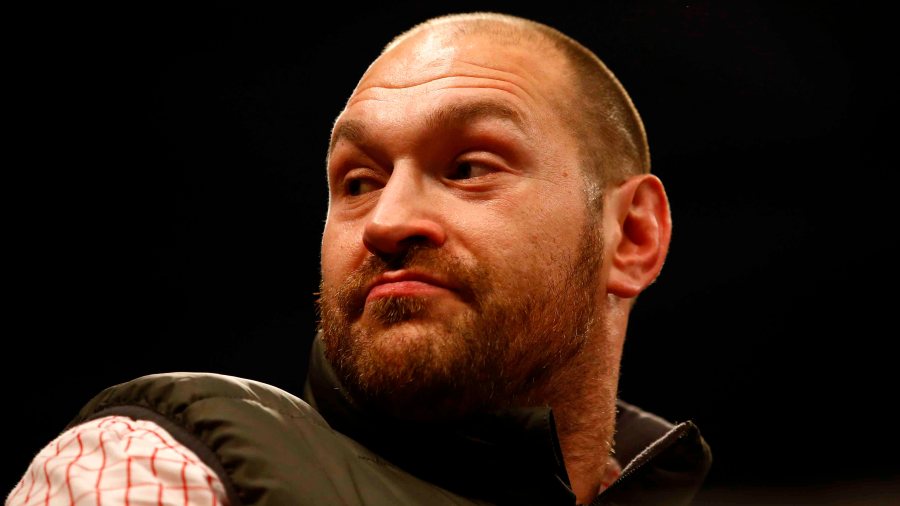 FORMER heavyweight world champion Tyson Fury has played down talk of a comeback. He has trained and sparred with prospect Daniel Dubois recently. “I thought he was fantastic. He reminded me of myself when I was 19, very tall and big and strong and ambitious. He’s a good kid, he’s one for the future for sure,” Fury told BoxNation.

However Tyson denied that he is back in a proper training camp. “I’m not back in the gym but I heard about this young lad so now I can say I’ve sparred with a young king coming up,” he said.

On his own social media account Tyson had mooted a possible May return. That is not going to happen. Appearing in Manchester yesterday, Fury did look to be well above his optimum fighting weight. Consider returning to the sport, he said, “Let’s just say big poppa never reveals. But you never can tell can you?”

He added, “I’m still lineal champion, I’m still Ring magazine champion but like I said many times once I leave it’ll go back to its boring, boring place that it was before with a pack of arse kissers and yes men and that’s what you’ve got now. No real talk.”