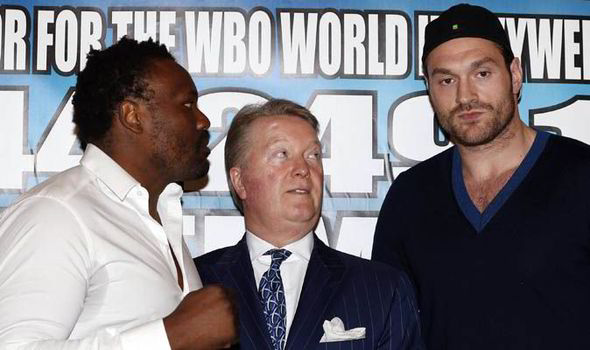 FOLLOWING Dereck Chisora’s withdrawal yesterday from his fight against Tyson Fury after fracturing his hand, promoter Frank Warren’s event at the Phones 4 U Arena in Manchester will go ahead with a title-packed card featuring British stars Billy Joe Saunders, Liam Smith and Terry Flanagan.

While the Chisora v Fury fight is being rescheduled and a new date will be announced shortly, Fury is still expected to fight on the show this Saturday with further details to follow.

Members of the public who have purchased tickets through Eventim for the event have three options:

1.  Use your ticket(s) for the show this Saturday

3.  Return your ticket(s) to Eventim within 28 days for a refund of the full face value

Tickets used on Saturday may not be used for any future shows. If you keep your tickets we’ll inform you of the new date, the venue and related information as soon as we can. Please note if you return your tickets we cannot accept responsibility for postal charges or loss and recommend secure delivery.

Members of the public who purchased tickets from other outlets or agents are asked to go to their original point of purchase.