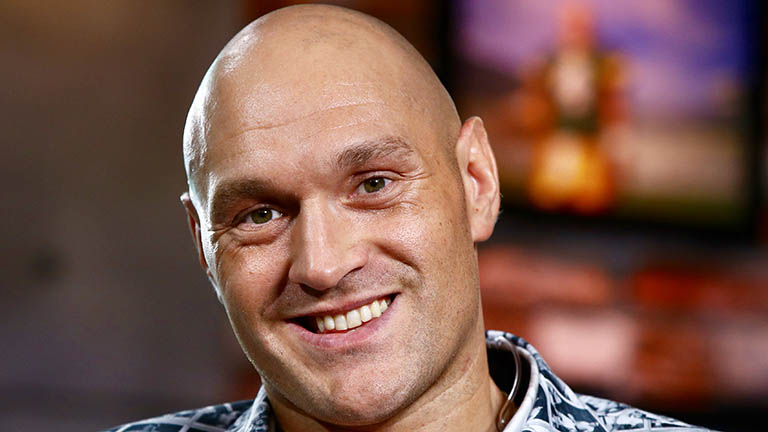 This time I won’t be leaving my destiny in the hands of the judges, says Tyson Fury

THE biggest mistake I made last time was not making Deontay Wilder pay when he was hurt. I didn’t know what I had in the tank last time. I’d never done 12 rounds in my comeback. It’s a long time. This time, I know I can do the distance and we’re not getting hurt. I’ll throw everything but the kitchen sink at him and he won’t know what hit him.

I learned he can be hit, and he can be hurt quite regularly. That’s the biggest thing that I learned about Deontay Wilder. Nothing I didn’t already know. Before I fought him, obviously I didn’t know what he was like in a boxing ring and after I fought him I know what he’s like. And I think there’s nothing to worry about. He’s got a big right hand and that’s it. He’s a one-dimensional fighter, and I’m going to prove that.

So, there’s no stress to me going into the fight. I’ve been 12 rounds, outboxed him quite comfortable, took his best shots, got up, fired back into him. The one who should be concerned is Deontay Wilder because, with him being a one-trick pony, he’s a knockout artist, but he knocked me down twice in two rounds, nine and 12. And he had over two minutes in each round to finish me and he couldn’t finish me. It was like on Mortal Kombat. They said, “Finish Him!” and then couldn’t finish him. So yeah, he’s the one who should be concerned. He’s landed the two best punches that any heavyweight in the world could ever land on somebody else, and the Gypsy King rose like a Phoenix from the ashes, got back to my feet and hurt him in the end of the round. So yeah, it’s going to be pretty difficult for Wilder, not me. This is heavyweight boxing. I’ve been hit. I’ve been hurt. I’ve been put down in my career, but it’s not when we get put down. It’s what happens when we get back up and keep moving forward.

He’s got over 40 professional fights but if he doesn’t know about boxing now at 34 years old, he’s not going to know it. I thought his boxing IQ was okay, but it wasn’t up there with the likes of someone like Wladimir Klitschko. But he was decent. He’s always looking dangerous. He always looks imposing and dangerous, so you can never write somebody off like that. That’s for sure.

Wilder, I don’t think it’s so much his power, it’s the speed it lands at, which can be tricky when you don’t see it coming. But then again, even a guy who’s got no knockout ratio, if he hits you and you don’t see it coming, then he’s going to put you down. But as for feeling punches in fights, I’m not familiar with it because I don’t feel any punches when I’m in the ring because the adrenaline is flying high when you’re in a fight. You don’t feel the punches ever.

I’ve got to get a knockout because I don’t want to leave anything unturned this time. I don’t want another controversial decision. My own destiny lies in my own two fists.