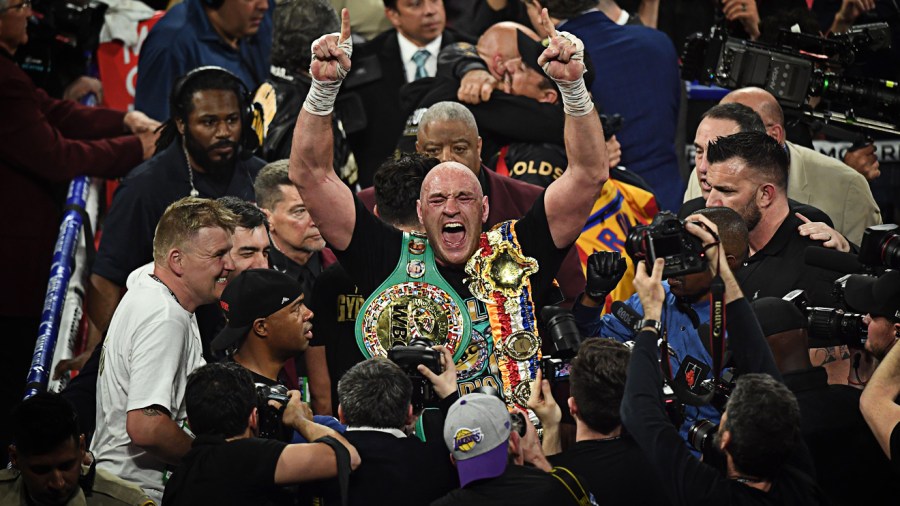 HEAVYWEIGHT boxing is all about getting the timing right and I think fighting Alexander Povetkin, who is now 40 years old, is the right fight at the right time for Dillian Whyte.

I say that not only because Povetkin seems like he is on the downward spiral now but also because I still don’t think we have seen the best of Whyte yet. This makes me think Whyte will become the second person to stop Povetkin after Anthony Joshua did it in 2018. He’s on the slide and Whyte should have a lot of momentum behind him and hunger to go out there and make a statement.

Povetkin will look at the shots that have put Whyte down in recent fights, especially in that Joseph Parker fight, and look to replicate that success with his own combinations. But I’m not sure if he is still firing the way he was in years gone by.

As for Whyte, it has been a slow rise to the top of the division but he’s getting there. I think Tyson Fury, Anthony Joshua and Deontay Wilder are above him and the rest at the moment, mainly because of their size, but he is closing on them and just needs to keep on winning.

Beneath the top three you’ve got Whyte, you’ve got Povetkin, you’ve got (Kubrat) Pulev, you’ve got (Luis) Ortiz, all vying for that number four spot. There are so many of them and they’re all so good as well.

With Dillian Whyte, though, I think he’s the only one with the potential to improve. All the others have had their chances and perhaps had their days. With Dillian, I can still see him eking out more.

I’ve seen him in the gym and I genuinely think he is good enough to take that number four spot and then challenge one of the top three names. Whether he can beat them or not remains to be seen, but I think he will soon be considered the best man without a belt.

In terms of the number one, though, it has to be Tyson Fury after last week’s win against Deontay Wilder.

I remember back when Tyson boxed Wladimir Klitschko I was telling everybody he would beat him. I sparred Wladimir in late 2014 and I said then, ‘He can’t beat Tyson in a million years, this fella.’

But the fight last week against Wilder was the first time I had any doubts when it comes to Tyson. Wilder’s power has that kind of effect on you. You start thinking it can make a dent in everything and everybody.

Going into it, I expected Fury to try to outbox him from a distance again. When they said he wouldn’t do that, I didn’t believe it. But now the whole world knows Tyson can basically do whatever he wants in there.

He’s the best fighter on the planet. I think he’s the best at any weight – the best pound-for-pound fighter in the world. In terms of ability, he is right there with the (Vasyl) Lomachenkos and (Terence) Crawfords. He’s so intelligent. He’s also super strong, super tough and will always have size in his favour. I really don’t see who beats him. He can put you where he wants to put you and he can do whatever he wants to you.

Saying that, I give Joshua a better chance of beating Tyson than anyone else in the world. I sparred Joshua before the Olympics in 2012 and also in 2015 and we did hundreds and hundreds of rounds. Joshua can do a bit of everything as well. He can box on the back foot and he can come forward and knock you out. I give him a chance because he can punch, he’s got a lot of power, and he has very good hand speed.

But I just feel he might be a little bit too basic for Tyson. I don’t mean that disrespectfully, but Tyson is super skilled and unorthodox whereas Joshua is a great athlete with a basic boxing style. I don’t see how the man with the basic boxing skills wins that fight. Every opponent smaller than Tyson will just have their head boxed off.

When I sparred Tyson, he didn’t just use his size to stay at range and outbox me. He would swarm me and smother me, and it was really impressive. He had all the answers. He could do everything. He has an unbelievable all-round game and is an impossible man to face. I would hate to be the trainer of a fighter trying to fight him. You just wouldn’t know what to do or say.