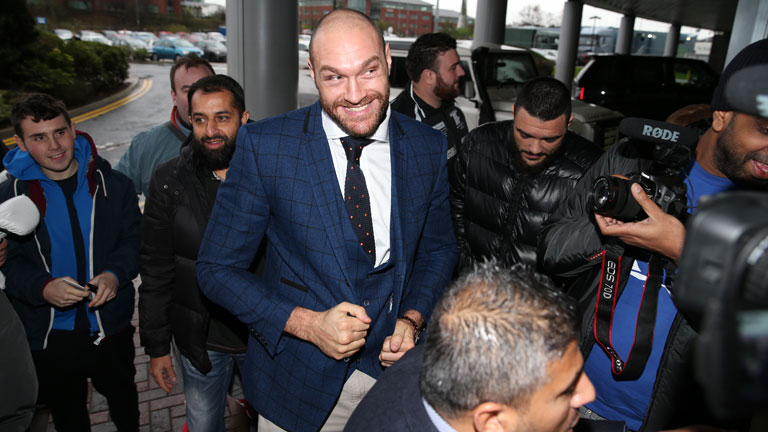 Tyson Fury makes a U-turn, but where does he go from here?

In a typically racy tweet, he announced he was walking away from the sport and told everybody to “go suck a d***.” Then, just hours later, he laughed at the media frenzy that ensued and warned us that he is in fact sticking around.

Hahahaha u think you will get rid of the GYPSYKING that easy!!! I’m here to stay. #TheGreatest just shows u what the Medea are like. Tut tut

The messages came in the wake of allegations that Fury tested positive for cocaine in a VADA test last month. That situation is still developing, but it came off the heels of the unbeaten heavyweight king withdrawing from his rematch with Wladimir Klitschko due to being ‘medically unfit’.

His condition is reportedly a mental one, apparently depression, though there has been no official confirmation of this yet. If that is the case, Fury could be out of the ring for a while as he recovers, though it seems clear the 28-year-old intends to fight on once he is back to full health.

In fact, he even tweeted another message to confirm that he intends to defend his status once he’s “better.”

That in itself is something of a revelation as there was fervent speculation he would hang up his gloves. He hasn’t fought since his colossal victory over Klitschko in November and has faced serious backlash from the media and public for his outlandish remarks.

However his future in boxing may be without his world titles. He currently holds the WBO and WBA belts (the IBF stripped him almost immediately after beating Klitschko), though could lose both due to his alleged failed drug test.

There is also a UK Anti-Doping investigation being undertaken after it was alleged he failed a drug test previously. The outcomes of these issues will obviously have huge repurcussions on his career, and if he is found to have taken banned substances he will face punishment.

Promoter Eddie Hearn is desperately trying to schedule a fight between Anthony Joshua and Klitschko, with one (or both) of Fury’s titles on the line should he be stripped.

While that is a huge fight, the fact remains Fury is the heavyweight supremo and though his apparent self destruction will sideline him for the foreseeable future, his spectre will lurk over the division until he really calls it quits, or is beaten.

For now, we have to wait and see. What we do know is that Fury can still run rings around the media as well as he was always able to.