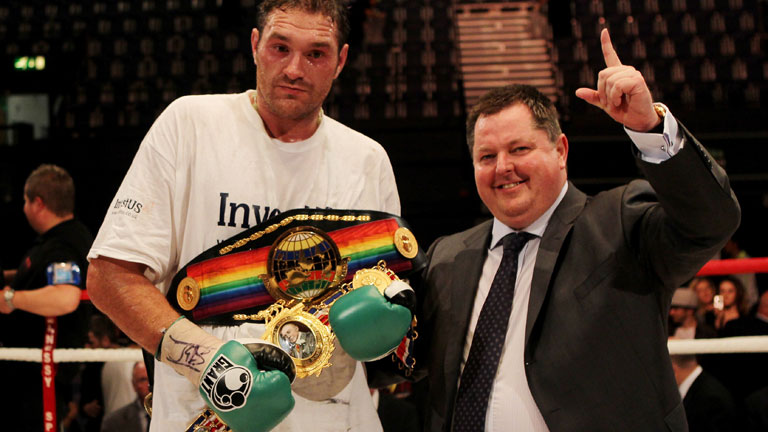 AS he approaches the biggest fight of his life, the world title challenge to Wladimir Klitschko on October 24 in Germany, Tyson Fury has afforded sufficient credit to his father John and uncle/trainer Peter, but as his date with destiny looms closer, the Wilmslow giant wanted to highlight the work done by two comparatively unsung heroes, his late uncle and ex-coach Hughie Fury Snr and Mick Hennessy, who has promoted Fury for his entire professional career. Here, in his own words, Fury outlines what each has done for him:

Hughie Fury Snr
He turned me from an amateur slapper into a professional fighter. He got me to 17-0, British and Commonwealth champion and rated in the top 10 in the world. So he did a lot really and from a shed in his backyard, all rusty, broken mirrors, rain leaking in. I’d say he was a bit of a genius. Everybody’s put a lot into me as a fighter and as a person so I believe everyone has a fair share of success to come out of this. Everyone who has helped along the way can say they helped me get into a mandatory position.

Mick Hennessy
He showed good faith in me at the beginning so I returned the favour. He signed me up, gave me money and put me in good fights when he could afford it. When he lost his TV deal [with ITV], I wasn’t about to give him the middle finger and move on to somebody who could do it. I ain’t about when a man’s got money be his friend and when he’s got nothing don’t talk to him anymore. A bit of loyalty goes a long way and I’ve been rewarded for my loyalty.