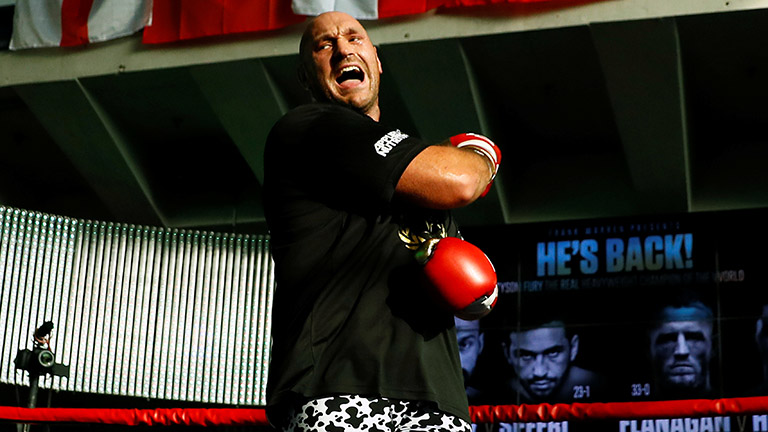 FORMER world heavyweight champion Tyson Fury insists he is exactly where he thought he would be in his readiness for his comeback fight after almost three years outside the ring.

The 29-year-old has not fought since claiming the IBF, WBA and WBO titles from Wladimir Klitschko in November 2015, having fallen out of love with the sport citing mental health problems and subsequently testing positive for a banned steroid in February 2015.

However, after serving a two-year ban after a legal battle with UK Anti-Doping he is ready to step back into the ring after a 924-day absence against Albania’s Sefer Seferi at the Manchester Arena on Saturday.

“I’m happy, very happy to be back,” said Fury, who undertook his open training session at the National Football Museum wearing a pair of black and white ‘Dalmatian’ cropped shorts to raise awareness of testicular cancer.

“I’m right on course where I thought I’d be. I know who I am, where I’ve come from, where I’ve been, and I know what destination I’m heading towards.