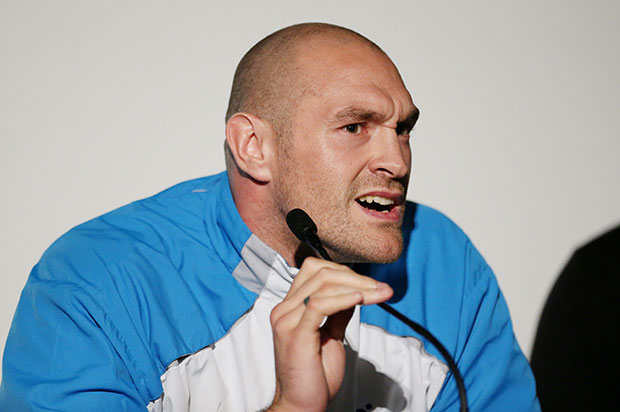 TYSON FURY has escaped with a £15,000 fine from the British Boxing Board of Control on a charge of misconduct. There had been fears that the heavyweight might have his licence suspended following a foul-mouthed outburst during a press conference before his showdown with Dereck Chisora was postponed.

The Board’s punishment means that rematch, originally scheduled for July 26 until Chisora pulled out with an injury, can go ahead on November 22 at the ExCel London.

The contest triples up as a world title eliminator, a fight for Chisora’s European title, and the vacant British crown is also on the line.

Fury won their first battle in July 2011 via unanimous 12-round decision.