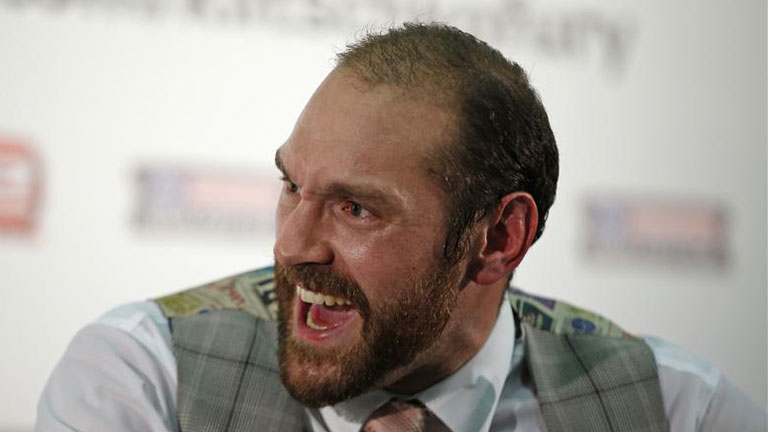 TYSON FURY and David Haye were not impressed by the respectful press conference held yesterday to announce Anthony Joshua’s superfight with Wladimir Klitschko in 2017.

Joshua and Klitschko met at Wembley Stadium – the arena they will pack out in April – yesterday and exchanged pleasantries while discussing their massive showdown.

While there was an enormous amount of media interest in the conference, Fury – who befuddled and dethroned long-time division ruler Klitschko last year – was typically crude in his assessment.

Another interested observor was David Haye, who was soundly beaten by Klitschko in 2011. Never one to shy away from a bit of controversy, Haye was involved in a scuffle with Tony Bellew during their heated press conference a few weeks ago and even cuffed the Liverpudlian with a left hook.

Hope AJ or Klit aint pregnant from that verbal love making session they just gave each other. #TakeUrTongueOutOfEachOthersAsses & #GetaRoom

While Haye and Fury certainly know how to grab a headline, they have both received sanctions in the past for their behaviour outside of the ring.