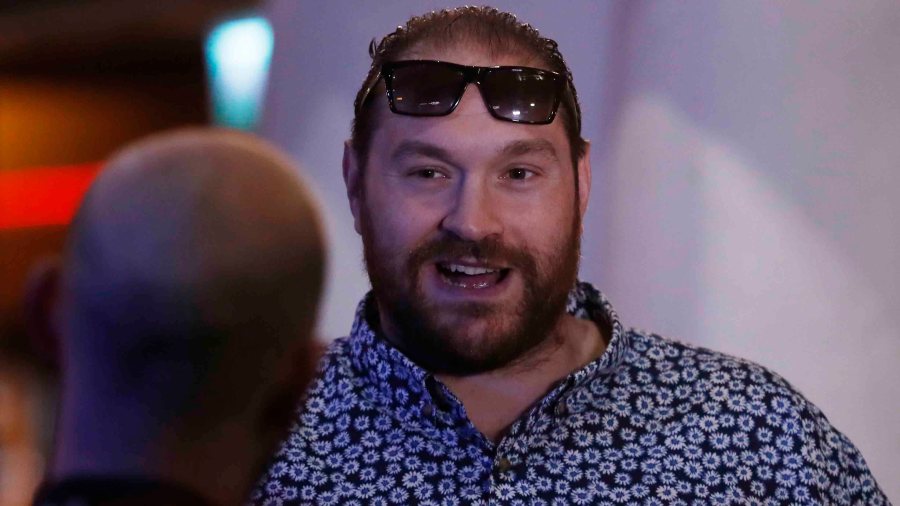 TYSON FURY, the former holder of the IBF and WBA world heavyweight titles, which Anthony Joshua and Wladimir Klitschko will contest in front of 90,000 fans at Wembley stadium on April 29, has inserted himself into the conversation ahead of the big fight. He took to Twitter to direct a verbal barb at Joshua. “Anthony Joshua is a poor man’s Frank Bruno,” Fury declared.

Joshua hit back with a touch of venom, reaffirming an offer for Fury to attend one of his fights. “Typical Tyson Fury always talking BS around fight time. Same offer as last time, two ringside tickets,” Anthony tweeted the former champ.

Fury has often criticised Joshua for seeming to be musclebound. In recent appearances though Tyson, never that svelte even for a heavyweight, looks to have ballooned up weight over a long period of inactivity.

Frank Bruno himself however took to Twitter to intervene in the argument. “I reckon you boys should just save it for the ring,” Bruno said. “Let your fists do the talking.”