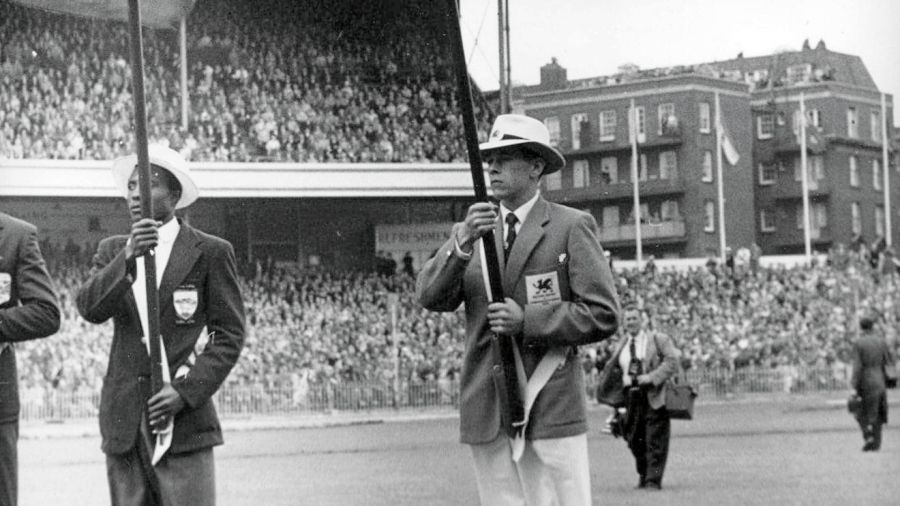 MALCOLM COLLINS, one of the greatest names in the history of Welsh amateur boxing, died at his Cardiff home on February 4. He was 85.

An exceptionally skilful southpaw, he claimed silver medals in successive Empire Games, as the Commonwealths were then known, but was also the owner of a concussive punch, demonstrated by the fact that his five Welsh ABA championships were all won inside a round.

His ability was so exceptional that he was the only boxer included in the Wales team for the trip to Vancouver in 1954. Still a teenager, he halted Trinidadian Hollis Wilson in two, but was outpointed in the featherweight final by South African Leonard Leisching.

Four years later the Games were staged in his home city, Cardiff, and Malcolm, widely tipped for success, was chosen to carry the national flag in the opening ceremony. The hosts underperformed in other sports and were still without a gold when the event reached its last evening and the boxing finals at Sophia Gardens Pavilion.

Three home boxers – flyweight Don Braithwaite, light-middle Billy Brown and heavyweight Roger Pleace – had struck bronze, while three more were still in the hunt for the ultimate prize, including Collins, who had overcome New Zealander Morrie Purton and South African Bert Coetzee to reach that stage.

That he was even competing was something of a miracle. He had broken his left hand in his ABA semi-final victory over Sheffielder Billy Calvert, a future British and European pro challenger, and then fought one-handed to outscore RAF man Roy Beaman and take the title.

Despite having the fist in plaster until a few weeks before the Games, he had been passed fit to take part. But then Ernie Hurford, who had guided Malcolm’s career from the start, suffered a heart attack shortly before the final and, as if that was not distraction enough, there were arguments over who should replace him in the corner.

At least the pressure was eased when the brilliant Merthyr youngster, Howard Winstone, saw off Australian Ollie Taylor at bantamweight to claim that elusive Welsh gold. Next up was Collins, against Ollie’s younger brother, Wally, and, despite dropping the 20-year-old in the last, he had to settle for second place again in what proved to be the final act of a 250-bout career in which he lost just eight times.

There might have been further glory had National Service not ruled him out of contention for the 1956 Olympics. Britain’s representatives at feather and lightweight, Tommy Nicholls and Dick McTaggart, returned from Melbourne with silver and gold respectively. Collins had beaten both.
Malcolm, with a well paid job as a linotype operator at the South Wales Echo, spurned offers to turn pro, and earned a few extra bob covering the local amateur scene for his employers and for Boxing News. He also served his sport more directly, managing the Welsh team at world and European championships and at the Commonwealth Games in 2006.

REST IN PEACE
Boxing coaches Pete Holmes and Charlie Lawson have passed away
RESPECTED coach Pete Holmes has passed away. Holmes served Staffordshire club Burton ABC for more than 50 years, producing many champions over those decades. One of whom was Frazer Clarke, Great Britain’s super-heavyweight Olympic hopeful. “Devastating news today, about an hour before I boxed [in his first bout at the Bocskai] I was informed that Peter Holmes has passed away,” Frazer said. “I just want to say a massive thank you to him and everyone at the club. Without you guys I wouldn’t be in the position I’m in today. Forever grateful for your support and for looking after myself and so many other lads that walked through the doors at the gym… Your memory will live on forever.

“I’d like to dedicate today’s victory to you my friend, thank you Pete.”

Halstead and Essex University Boxing Club has been also been greatly saddened to lose coach Charlie Lawson. “It is with extreme sadness that we have to report the passing of club coach Charlie Lawson,” the club stated. “Charlie was a former Army boxer and coach at Sudbury before joining us here at Halstead. Our thoughts are with his three boxing sons Jordan, Zak and Mitch. Rest in peace Charlie.”