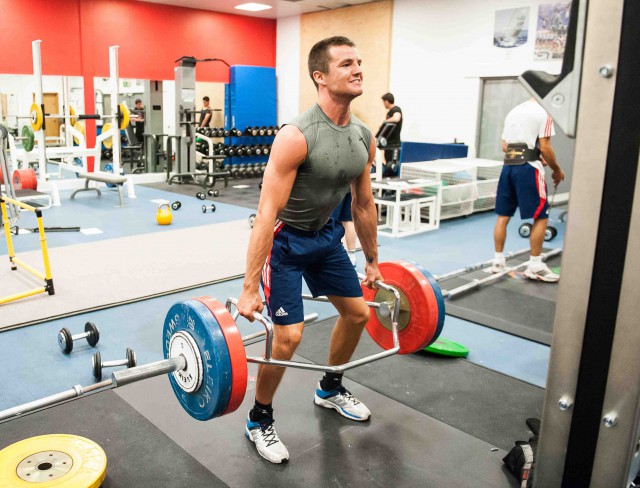 BRITAIN’S top middleweight, Commonwealth Games gold medallist Antony Fowler may have had to take a break from the GB programme over Christmas but still maintained a tough regimen at home in Liverpool to prepare for his January 15 outing with the British Lionhearts at London’s York Hall.

Fowler talked us through his own training routine: “I was going straight to the gym doing an S&C circuit with my coach Paul O’Donnell. That would take an hour and a half. It was more power and endurance he called it. I’d have one power exercise, like burpees, which is explosive, then endurance, like the rope or the rowing machine to build endurance. He’d mix them both. I’d have 10 minutes non-stop [on each exercise] to do as many reps of each as I could. That was tough.

“At night I’d do my pads, 10 rounds on the pads, three shadow, maybe a few on the bag and core work. If I was sparring, I’d be sparring in the morning first, when I’m fresh. I wouldn’t spar after a weights session. I’d do my spar in the morning, eight rounds, a few pads, stretch off then at night do my run or whatever else was on my schedule.