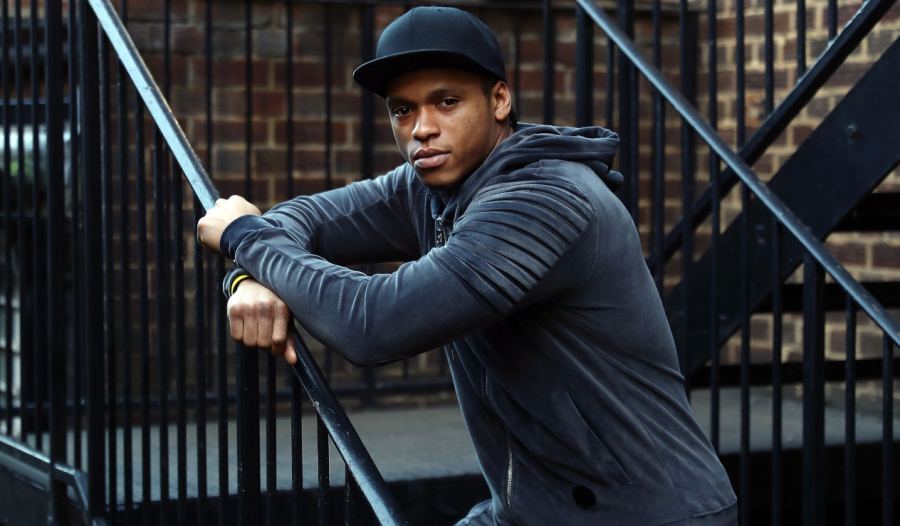 Anthony Yarde has lost his father to coronavirus. The pandemic is having a devastating impact on those in sport as George Gigney recounts in his media review

THE third fight between Tyson Fury and Deontay Wilder will definitely not be taking place on July 18, as was originally planned, because of the coronavirus pandemic. In an unsurprising bit of news, promoter Bob Arum told ESPN that there’s “no way” they could stage the show on that date given that venues in Las Vegas – where the fight would take place – remain closed and that travel and movement restrictions across the globe would leave the promotion dead in the water.

He also told ESPN that they’re now looking to stage the fight in early October, before The Athletic broke the news that October 3 is now the scheduled date for the trilogy fight. That seems sensible, given that we’ve no idea how long the limitations on normal life will remain in a bid to fight the virus, though it does raise a few concerns.

Fury has made no secret about how important staying busy is for his mental health, and how much he relies on regular training to keep himself on a level. With such a long break in between fights, and with no access to a gym as things stand, I hope that Tyson is able to stray away from that dark place he found himself in a few years ago. Judging by his Instagram account, it looks like he’s keeping active and happy alongside his family.

The same can’t be said of Arum himself, who dropped this pearler to The Ring: “I’m 88. This is my second week in self isolation, with the wife, it just shows how smart I was to not retire. Imagine that for a long time … years? I couldn’t.”

He also revealed that Kell Brook is the likely frontrunner to face welterweight titlist Terence Crawford next once the sport is back up and running. It’s an interesting fight, particularly if it takes place in the UK, but Brook hasn’t made 147lbs since his punishing loss to Errol Spence in 2017 – dragging his frame back down there against someone as talented as Crawford might not be the best idea, but then Kell has never been one the shy away from a challenge.

It’s still unclear whether Billy Joe Saunders will definitely get a fight with Canelo this year, though the WBO super-middleweight champion really isn’t doing himself any favours while we await news. Mirror Fighting obtained a video – apparently circulated on WhatsApp – which Saunders took, showing himself hitting a punching bag and essentially giving ‘tips’ to men on how to physically abuse their female partners during the coronavirus lockdown. Whatever the context, it was a disgusting thing to do and Saunders should be pulled up in front of the British Boxing Board of Control for it, just as he was in 2018 for sharing a video of himself offering “£150 of crack” to a drug addict in exchange for performing a sex act.

Once this most recent video emerged online, Saunders offered a withering apology on Twitter, writing: “I would never condone domestic violence and if I saw a man touch a woman I would smash him to pieces myself. I have a daughter and if a man laid a finger on her it would [not] end well. Apologies if I offended any women stay blessed x” It seems fairly obvious Saunders was making a wild stab at humour with the video, and it wasn’t funny nor clever and would be offensive to any person with even a shred of decency.

To put things into perspective, Frank Warren released a statement on Sunday confirming that British light-heavyweight Anthony Yarde has tragically lost his father to coronavirus. Yarde wrote that his father was “fit with no health issues.” It’s crushing news and yet another reminder of just how important it is for people to follow the government guidelines to keep themselves isolated and avoid non-essential contact with other people, and that this situation is no laughing matter.

However, many in boxing are doing what they can to support the incredible healthcare staff on the frontline battling the spread of COVID-19. Amir Khan – no stranger to charitable acts of kindness – has offered the use of a four-storey building he owns in Bolton to be filled with hospital beds for the NHS to use should they need it. Fury worked with one of his sponsors to donate thousands of bottles of water to NHS staff while Matchroom Boxing are giving out 200 tickets to every show of theirs over the next 12 months (once they resume again) to NHS staff. Monkstown Amateur Boxing Club in Northern Ireland has turned its gym into a makeshift soup kitchen and volunteers are delivering food packages to those in self-isolation.

Though the sport we love has ground to a halt, we must keep in mind what’s most important in our lives and it’s heartening to see so many from our boxing community stepping up to help.

That being said, Thomas Hauser penned a sombre piece for boxingscene.com about the worrying state boxing could find itself in once society returns to a state of normalcy. He points out that once venues reopen, bigger sports and events like concerts will be ahead of boxing in the queue. He also notes that, even when venues reopen, people might be reluctant to gather in large crowds until a vaccine for COVID-19 is developed and also highlights that a lot of people are struggling financially because of the pandemic and won’t have expendable income to spend on watching boxing.

That’s not to mention the fact countless lower-level boxers – the lifeblood of the sport – will have to look elsewhere for work at the moment and may leave boxing for good, purely out of necessity.

Ultimately, we don’t know, but boxing isn’t going to just step back into the place it was in before this all started. It’s going to take time, and a lot of work.