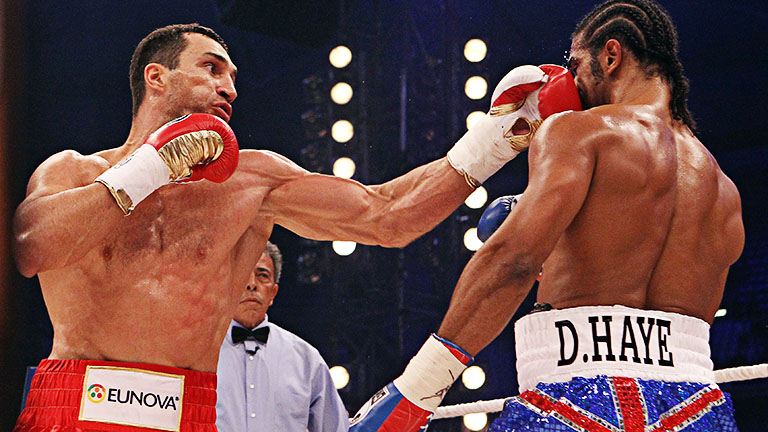 1. Toegate
After his decisive loss to Wladimir Klitschko in 2011, David Haye claimed he had broken the little toe on his right foot prior to the fight, and that was why he was so easily beaten by the Ukrainian. He revealed the ailment at the post-fight press conference, standing on the top table and showing the swollen toe to the world’s media. Not a good move.