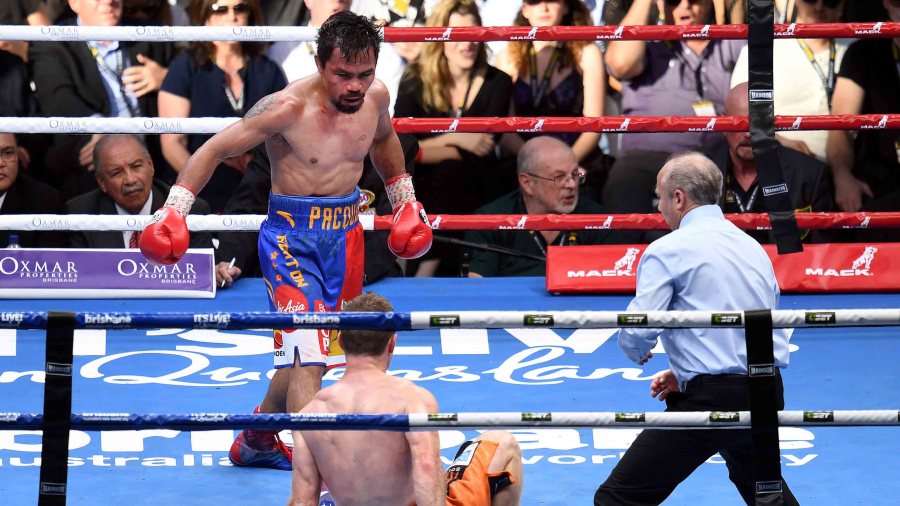 John Dennen considers what Manny Pacquiao should do next

It was a close fight, an absolute shock to see the inexperienced Australian harry Pacquiao and catch him with heavy punches. While many suggest Manny deserved the decision, Pacquiao just did not look himself and a rematch would allow him to settle the score and win back his WBO welterweight title.

Pacquiao’s punch output was far lower than usual in Brisbane. He looked out of sorts, getting on the front foot all too rarely. When he had Horn hurt in the ninth round, he did not finish him off. These are all signs that an ageing Pacquiao is far from his best. It’s a sign that the time is right to retire.

The welterweight division is not short of stellar opposition. Thurman is charismatic, has power but if Pacquiao is willing to shrug off the Horn reverse as a ‘robbery’ and move on, Thurman would surely welcome a clash with ‘Pacman’.

After dethroning Kell Brook, Errol Spence could well be the best welterweight in the sport. Pacquiao would be the star name he craves to enhance his own profile.

Pacquiao wanted to use Jeff Horn as a springboard to generate interest in a Mayweather rematch. That backfired. Pacquiao lost widely in 2015 to Mayweather and he looked far worse this weekend. He still has global fame and if enough money is put up for it, it’s not the first time old rivals would have been tempted back to the ring.