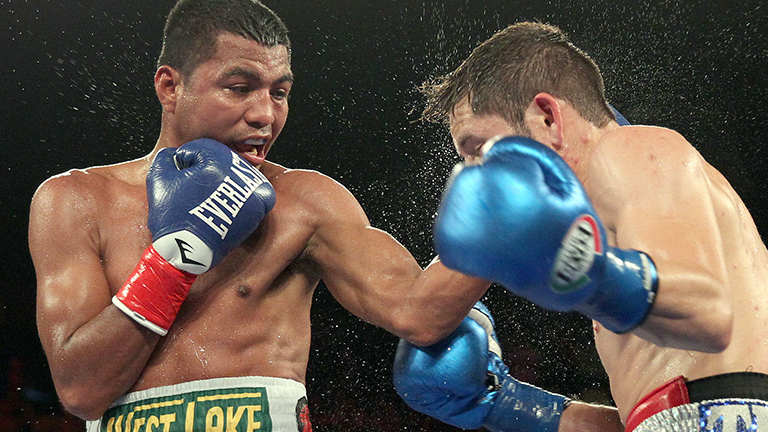 Roman Gonzalez has some exciting options

The plucky Panamanian started life at super-flyweight (where Gonzalez just won the WBC world title) though dropped down to flyweight in 2008 and picked up an interim world title, though fell short twice against Hernan Marquez when vying for the real thing. However at 115lbs he avenged those defeats to Marquez and, in his last fight, won the WBA title by travelling to Japan and outpointing Kohei Kono.

That strap is what makes him an attractive target for Gonzalez; it would be a unification fight. Carlos Cuadras, who Gonzalez just beat, is the only man to have defeated Concepcion at super-flyweight and while he is certainly one of the best at the weight, Roman would actually be taking a slight step back in class if he fought him. Regardless, it would be a decent test for the pound for pound king.