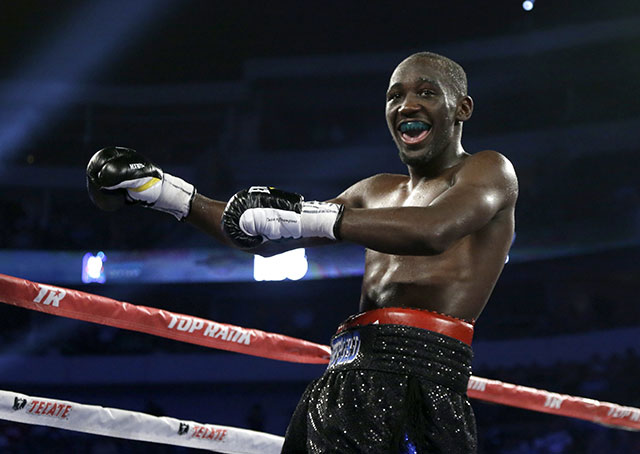 Possibly one of the most intriguing fights that could be made in world boxing at the moment. Firstly, Spence has to come through the challenge of Mexico’s Carlos Ocampo, which he is expected to do so, then this super-fight can be discussed. Spence holds the IBF version of the welterweight title while Crawford now owns the WBO strap, the classy styles of the two along with exquisite boxing skills the pair own would make for an extremely compelling match-up.

Despite beating Jeff Horn to claim the WBO title, questionmarks over Crawford’s ability to compete at 147lbs are yet to be fully answered. Crawford has won world honours at lightweight and super-lightweight and will be seeking a big name to conquer at welterweight to solidify his reign at the weight. A win over either Danny Garcia or Shawn Porter (who compete for the WBC world title on August 25) would be a perfect way to do so and at the same time the Nebraskan will get a shot at unification.

This fight makes sense for the same reason as a Garcia or Porter match-up. Both Pacquiao and Lucas Matthysse, who fight for the WBA ‘regular’ title July 15, are big names in the division and a win for Crawford over either man would boost his stock at welterweight. Crawford is leading the way alongside Vasyl Lomachenko as Top Rank’s biggest stars, a role Pacquiao has held for so long. If the Filipino is successful next month, a passing of the torch match-up could be all set. With the WBA ‘regular’ title also on the line, this possible encounter could technically be seen as a unification.

Although unlikely due to Thurman’s inactivity since his unification win over Garcia in March 2017, the WBA world champion is without a scheduled fight leaving him free for a mega-fight with Crawford. However, at the same time Thurman is also yet to announce a return date. The fight would mark the number one in the division in a showdown that promises class and excitement, with both fighters putting their titles on the line.

Although an unfamiliar name, Kavaliauskas, who represented Lithuania at the 2008 and 2012 Olympics, finds himself ranked third in the WBO behind Pacquiao while also being placed in the top five with the WBC and WBA. If Top Rank promoter Bob Arum is seeking a less challenging first defence for Crawford, or finds marquee names tied up, Kavaliauskas could be handed a shot at Crawford’s WBO world title.