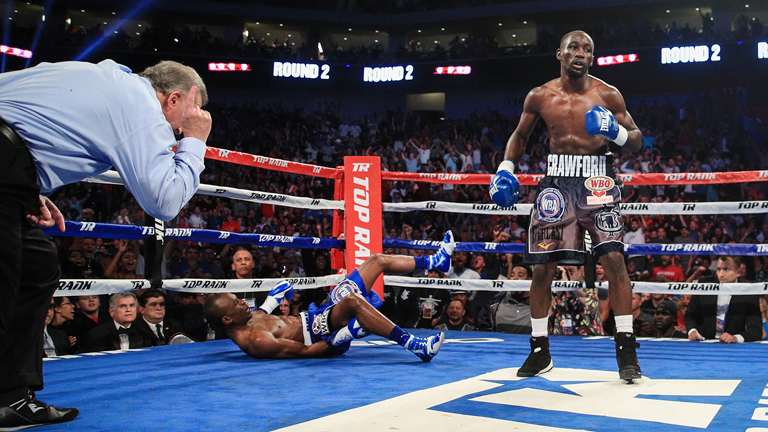 Terence Crawford recently unified all the world titles at 140lbs. What should he do next?

AFTER Terence Crawford dominated Julius Indongo to win all four super-lightweight world titles last Saturday, we consider now what the best options for his next fight would be.

There is another brilliant American only in the weight division above. Errol Spence’s stellar showing against Kell Brook puts him at or near the top of the welterweight tree and tackling Terence Crawford would make for a tremendous showdown.

Crawford has shown his penchant for unifying titles, becoming the undisputed super-lightweight king. Thurman already has two of the world titles at welterweight and would be a step towards conquering a new division.

Crawford might want to defend his unified, undisputed 140lbs crown. The excellent Mikey Garcia moved up to his division to beat Adrien Broner and would clearly be a worthy challenger.

Crawford has long been linked to fighting Manny Pacquiao, who remains a star name even though his career is now waning. Pacquiao is a small welter too, so theoretically would be able to accommodate Crawford when it comes to choosing a weight to fight at. Pacquiao however will preoccupied with trying to avenge his recent defeat to Jeff Horn.

He may no longer be a world champion but Garcia remains a well known fighter and could be a high profile introduction to the welterweight division for Crawford.