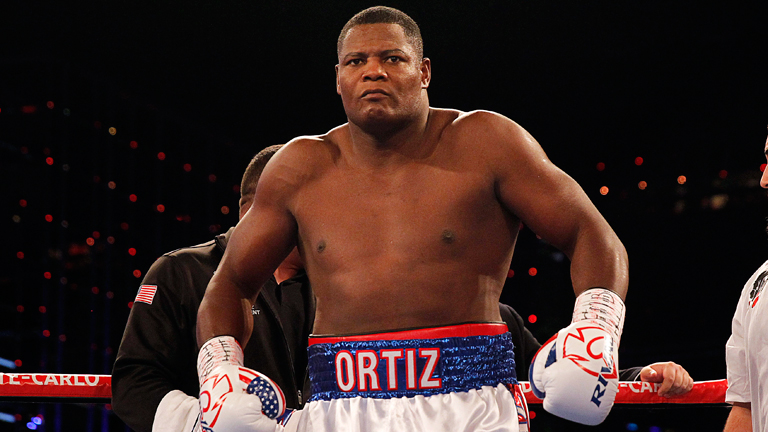 Luis Ortiz is set to box on December 10

Cuban heavyweight Luis Ortiz recently outpointed Malik Scott in a dreadful 12 round fight. He is scheduled to box on December 10 as a part of the undercard for Anthony Joshua’s IBF heavyweight title defence against Eric Molina. With numerous key names in the division tied up for the time being, we take a look at what other options Ortiz has to choose from.

The outspoken American does not yet have any standout wins but he has – for the most part – been dealing with his victims in explosive fashion. He is also an engaging talker and the outlandish comments he makes whenever a microphone is shoved in front of him make for compelling listening. He has been calling out all the current champions and seems eager to be thrown in the deep end – though he doesn’t hold a world title, Ortiz is perhaps the most dangerous fighter in the division. Miller’s last fight was shown on Showtime – who will broadcast the Joshua-Molina card – in the US, making him an even more attractive opponent for Ortiz.

The younger cousin of Tyson Fury is believed to be in the running to fight WBC champion Deontay Wilder in March. However should that fight not materialise, he would be an interesting opponent for Ortiz. Undoubtedly talented, Furys progression has been hampered by medical issues which have now reportedly been resolved. Tall, powerful and a good mover, Fury would ask questions Ortiz has not really had to answer yet. However he is aligned to Sky’s rival broadcaster BoxNation, and it is also a quick turnaround to get him to fight Ortiz next month.

The hard-hitting former British and Commonwealth champion almost got the Joshua fight on December 10, but lost out to Molina. He still plans to box on the undercard, and a fight with Ortiz would certainly create some buzz. Many have written the affable Liverpudlian off due to previous stoppage losses, but he remains one of the biggest punchers in the division and has a stellar amateur background.

The towering Pole has only ever lost to world class opposition in Wladimir Klitschko and Alexander Povetkin though is not considered a huge threat to the leading heavies at this stage. However, at 6ft 7ins he would be an ideal warm-up for the giants who currently rule the division and he is a classy operator. A decent puncher with a solid technical grounding, Wach is uncommonly tough and would certainly give Ortiz rounds. Bizarrely, he attended the Joshua-Molina announcement press conference and spoke about his desire to box in the UK, so he could well be drafted in.

The least likely option, given how short notice the fight would be, but certainly the most tantalising. Haye originally announced that he would be boxing on December 10 but there has since been no more news – it seems he may opt for a different date so as not to clash with Joshua-Molina and risk losing viewers. However, in a shock twist he could fight Ortiz on the undercard in Manchester in a bid to silence the critics who have slammed his recent opponents. Stylistically it would be explosive and the pertinence of such a fight in the division cannot be ignored.