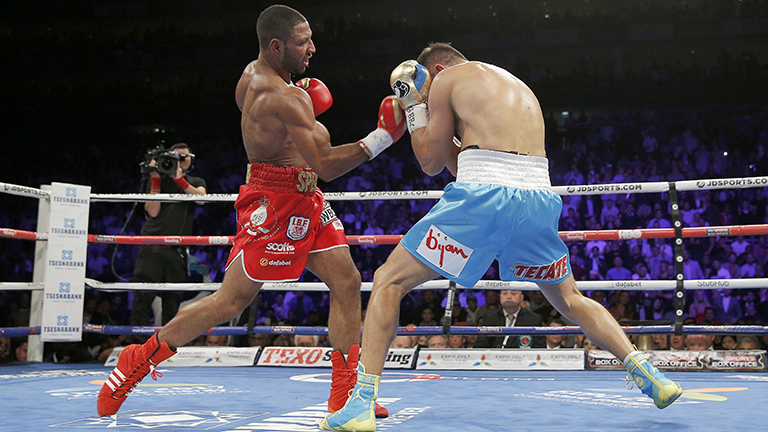 John Dennen ponders who Kell Brook should fight next

It’s the fight Britain has been waiting for. Instead of fighting each other at welter both plunged up to middleweight, Khan to take on Canelo Alvarez, Brook against Gennady Golovkin. Both were halted but they have enhanced their profiles. Boxing now, maybe at super-welter, would be a major event in the UK.

Taking on Golovkin and showing flashes of brilliance must put Brook into the big leagues now. He deserves another star name. Cotto is a magnificent fighter, competitive with Canelo Alvarez and dangerous for anyone. Cotto has been boxing above the super-welter limit, but below middleweight. But that could be a weight that suits Brook as he comes down from 160lbs.

This would catch fire in the UK. Eubank’s controversial comments will have angered Brook and his team, there will be bad blood between them. Eubank is a big name and is the bigger man, but Brook, a proven world class talent, has the edge in skill. It could be a thrilling fight.

Kell Brook isn’t a full middleweight but it will be a terrible, depleting struggle to get down to welterweight where he holds a world title. But if super-welter is where he belongs, there Kell also belongs with the best of the division. That is elusive Cuban Erislandy Lara.

That is something special about Errol Spence. A rising star in America, who impressed in a widely seen fight against Leonard Bundu. If Kell could do welterweight once again this would be a tremendous match-up to watch.