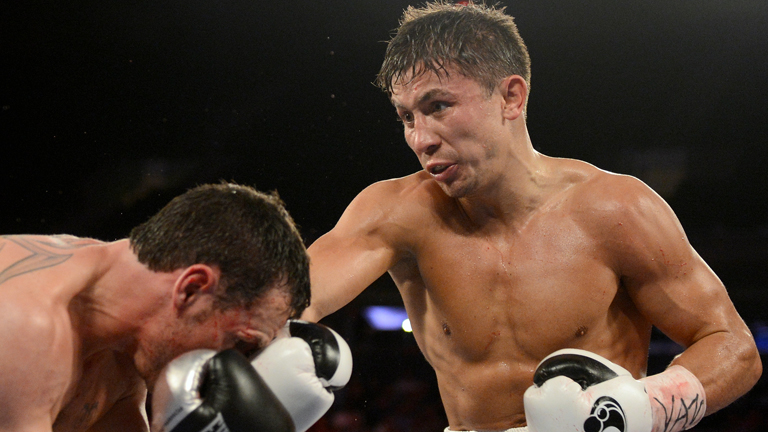 Canelo is out of the May 5 fight with Gennady Golovkin. So what should the unified middleweight champion do now? John Dennen has some sugggestions

Yes, Saunders has a fight with Martin Murray scheduled in June, a bout which has already been postponed once. It would be a real shame for Murray if that was put off again. But if Saunders, the WBO champion, were to take on Golovkin, it would be a rare opportunity for the two fighters to unify every major title in the middleweight division.

Well, there is a scheduling clash for Jacobs, he fights on April 28. But his competitive showing against Golovkin last year, his strength and slick skills, make him worthy of a rematch with “GGG.”

The Mexican is a world champion up at super-middleweight and his promoter Bob Arum has publicly suggested him as an opponent for Golovkin. He doesn’t have the Kazakh’s skillset but at least he is a big man. And fighting a Mexican on Cinco de Mayo makes sense.

The sharp American is a powerful puncher and has won an Interim title from the WBC to put himself in the reckoning for Golovkin. He would make for a good fight.

Okay, he doesn’t deserve it, he lost clearly lost to George Groves at super-middleweight. But he has walked away from a Golovkin fight in the past, ought to make middleweight still and, judging by his Instagram in the past, is always ready. So why not? You’d watch it.