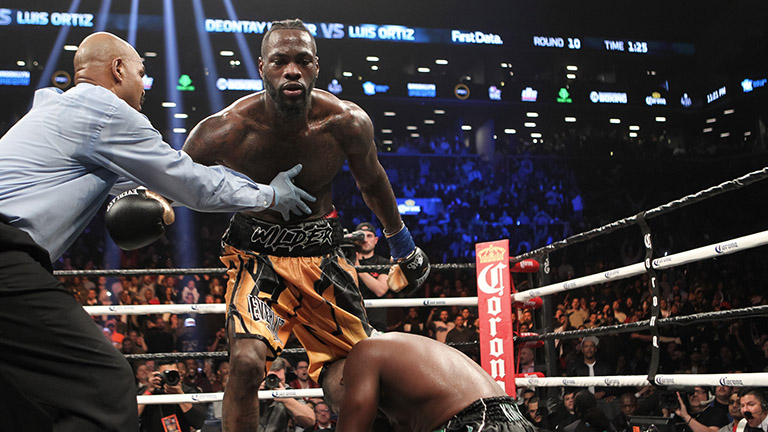 John Dennen considers the best options for Deontay Wilder next

This is the fight to make in the sport and Wilder’s exploits in the Luis Ortiz fight make it even more intriguing and more appealing. It hinges on Joshua beating Joseph Parker at the end of the month to unify his IBF and WBA titles and Parker’s WBO belt. If Joshua can do that, him versus Wilder for all four major belts – it doesn’t get any better than that.

Fury has not fought since his 2015 victory over Wladimir Klitschko. Gradually the path is being cleared for him to return and, for boxing fans, absence appears to have made the heart grow fonder. Fury remains a huge name, a huge presence in the division and would pit his skills against Wilder’s conditioning, industry and power.

Pulev is a top class heavyweight who was unfortunate when injury ruled him out of his shot at Anthony Joshua. However he remains a top quality challenger and worthy opponent for Wilder to continue to prove his credibility.

His name still carries star power but Haye must beat Tony Bellew in May to retain his relevance in the heavyweight division. If he does so, he would be an appealing challenger for Wilder, given the two have history from past sparring sessions.

If Wilder wants to continue to build his name in the USA, Miller is an outspoken heavyweight from Brooklyn, where Wilder has been fighting, who has been creeping into the world top 10.