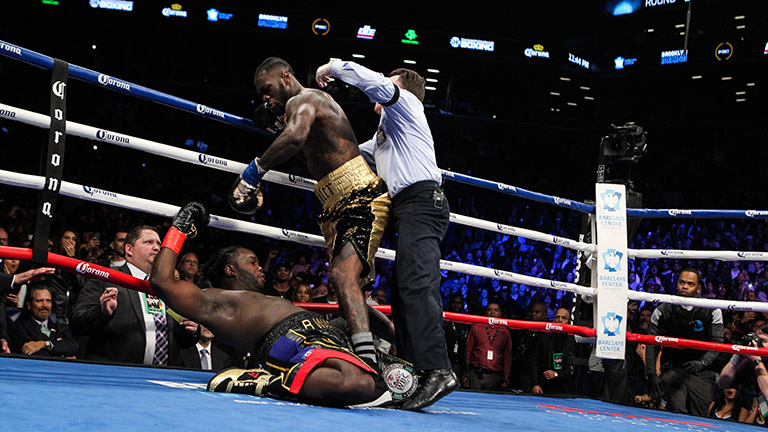 America’s Deontay Wilder called out Anthony Joshua, the unified WBA and IBF heavyweight champion, immediately after he clubbed tame Bermane Stiverne into a straightforward defeat inside the first round. It’s understandable that Wilder would want the Joshua fight. The Englishman is the big star in the sport. He can fill a stadium against anyone and the outspoken American would generate tremendous interest.

New Zealand’s WBO heavyweight champion is strangely fading out of the conversation. But if Wilder could snare a fight with him, winning another world title would give the American more leverage when it comes to making the Anthony Joshua super-fight.

The former heavyweight champion Tyson Fury began this new era for the division when he beat Wladimir Klitschko in 2015. He has been out of action, still needs to face an anti-doping hearing in Britain. But he is making noises about a comeback and if he doesn’t box Joshua, Wilder would be the next biggest fight for him.

The Liverpudlian knows Wilder has a tremendous size advantage over him. But if he repeats a victory over David Haye, Bellew will remain one of the most high profile boxers in the heavyweight division. Wilder could try to tempt him into a fairytale heavyweight world title fight.

As he bides his time for a major international opponent, New Yorker Jarrell Miller could match his gift for the gab and would be an appealing all-American fight back in the Barclays Center in Brooklyn.